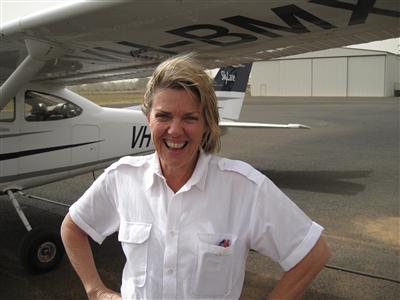 Shelley is one of Australia's most well-known aviation journalists and advocates of outback aircraft touring. She has been piloting light aircraft in Australia and overseas since 1995.

A commercially-licensed pilot with instrument and instructor ratings, Shelley is passionate about outback flying and loves nothing more than to introduce her students and fellow pilots to her big backyard.

Shelley spent nine years as Editor of Australian Flying Magazine, the only Australian magazine devoted entirely to light aircraft flying. At the end of 2008, she moved to freelance writing, including a significant contribution to the success of both series of  CASA's popular Out-n-Back online videos and the OnTrack planning program. 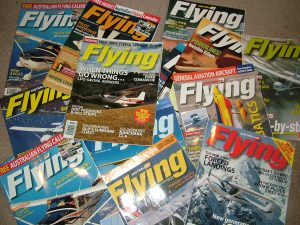 However, it is Shelley's regular destination story which featured in Australian Flying for 18 years that has made her one of the country's most well-recognised members of the General Aviation community. Her features have become a staple source of recommendation for pilots and travellers planning itineraries around the country. Without exception, they are honest appraisals and follow personal,  self-funded experiences at every location.

But let's let Shelley tell it in her own words .... 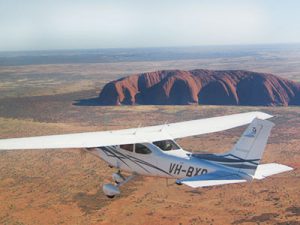 A bit slow on the uptake perhaps, but getting a pilot's licence at age 38 was the most inspired thing I've ever done. Who knew I'd prefer flying a plane to working for a living? Talk about a life curve-ball.

I got my private licence, and because the whole learning to fly thing is such a mad and wonderful journey, I never wanted it to stop. I remember saying to Kim Fabian, my very first instructor up at Warnervale Air on the NSW Central Coast, that if he ever even thought about hopping out of the aircraft with me still in it, I would systematically carve out all his organs and sell them. The day he did that, MANY moons later, was probably the happiest day of my life. 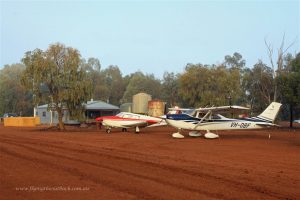 So, with my previous career on hold, and as our three kids were busy at kindy and primary school, I battled my way though various ratings and then my commercial licence, float plane endorsement, instrument rating - frankly, anything to get me out of tuckshop duty.

As for the writing, flying handed me an endless supply of material on a topic I was passionate about. So I got to work. Under the unforgettable mentorship of my now good friend and former publisher, Doug Nancarrow, I edited Australian Flying for nine years, before moving to freelance journalism, just to nudge me out of my comfort zone a little. Here's where I saw a sizeable hole where outback touring information needed to be. So, all for filling holes, I created this website for no other reason than to share the information I've gathered from years of flying myself around Australia with my jaw dropped to the ground.

You'll find a growing list of destinations within these pages, and I will be adding new destinations and tips as often as I can manage to get away flying. 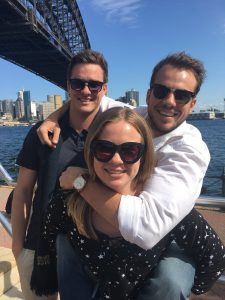 This won't take long, as I'm not all that old if you think about Socrates. Originally a Queenslander, I have been living on Sydney's northern beaches since 1982. My husband, Rossy (that's short for Peter Ross and that's about the last time you'll see his full name on this site), and I have three kids (Abby 28, Joey 30 & Will 32) who are periodically up for sale, depending on my mood.

Rossy and I have a very workable parenting technique, called the Braille Method. Going by feel. Is there any other way with this species? Basically, we've got no idea, and are hoping the results pan out regardless.

All three of them have left home, though this is a fluid situation which shows no sign of abating any time soon. I keep finding one or other of them randomly in a bed downstairs. It gives the revolving front door a workout, let me tell you. Something to do with Sydney rental prices apparently.

And of course none of them fly - but I'm still working on that. Apparently, emulating anything your mother does holds little rank in the cool pool. 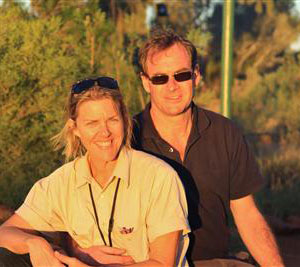 But I'm happy to report Rossy has taken it up with relish - now flying solo with his newly minted PPL licence, and thus ready to take over if I happen to walk off the course mid-way through a flight together. He loves touring with me, but do you believe he actually prefers doing those useless loop the loop thingo's in tailwheel aeroplanes for God's sake ... don't start me.

It is Rossy that I can thank for this whole flying gig. Despite my gorgeous late father, Bob Parkin, being a pilot (RAAF then Ansett for 30 years) I did not even think about flying myself until Rossy bought me a flying lesson for Christmas one year. Well, so excited and grateful was I, that I fell pregnant with our third child a week later and couldn't start flying for 18 months. Now there's a loser's story … 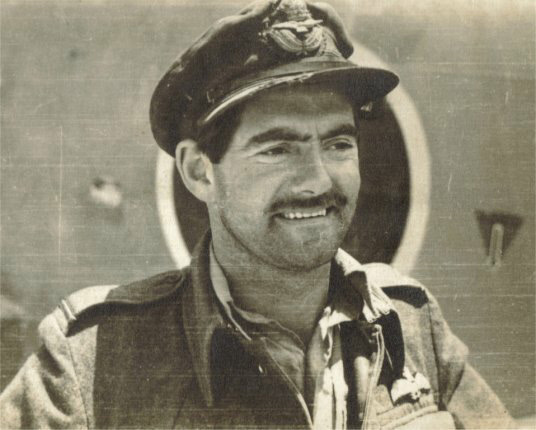 So, welcome to Flying the Outback. I'm not trying to be your essential guide to anything. It's my way of saying just give it a go and see where you end up. If you think you might like to join one of our training adventures at any time, just drop me an email. 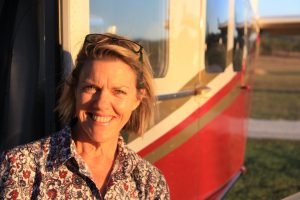 In the meantime, use me up, take my suggestions, trawl through the photo galleries and copy the safaris without shame nor guilt. Just do it. Get a taste of flying the outback and I promise you, you'll never look back.

And finally, if you see me outback or hear me over the radio, I'd love you to say hello.