The middle week of our Canadian air safari threw us so many memorable moments ... always mixed in with the thrill and challenge of flying in a foreign country. The landscapes are so very different to those of Australia - certainly to those west of our Great Dividing Range. The red dirt of our outback is probably an inconceivable image to the residents around these parts.

Our group of eight all adored Quebec City - a quirky taste of France plonked in the middle of Canada, thanks to a tumultuous slice of history most of us hadn't heard about, (first under French rule, then British, then finally independently Canadian).

The result - a uniquely beautiful city filled with churches, castles and cannons and whose residents speak proudly of their heritage. We grabbed a guide and took a walking/foodie tour of the city, stopping for yummy morcels at unique eating houses and markets along the way. 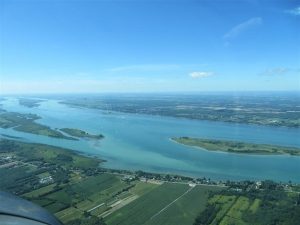 Our flight out of Quebec was stunning. Flying eastwards along the St Lawrence River around to the Gaspe Peninsula took us over patchwork farm lands and little riverside villages, each of which was home to a magnificent church that took centre stage.

We stayed at a tiny town called Perce for the night, right on the Gulf of St Lawrence and oozing pirates under every rock. Well, that's what it felt like. I lost Rossy for a few hours which didn't surprise me as he's always been quite convinced he actually is a pirate, so I suspected he was out downing a few spirited pints with a swarthy-skinned, eye-patched local he was claiming as his cousin. 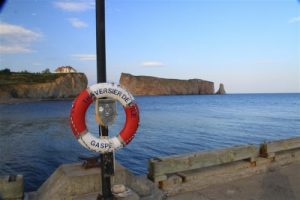 When he walked in to join us for dinner much later, complete with a parrot on his shoulder and an exaggerated limp, I knew we were in for a long night being fed tales from the battles on the high seas. I guess I should have been grateful he'd opted to leave behind the feisty maiden who'd been pouring the pirate juice.