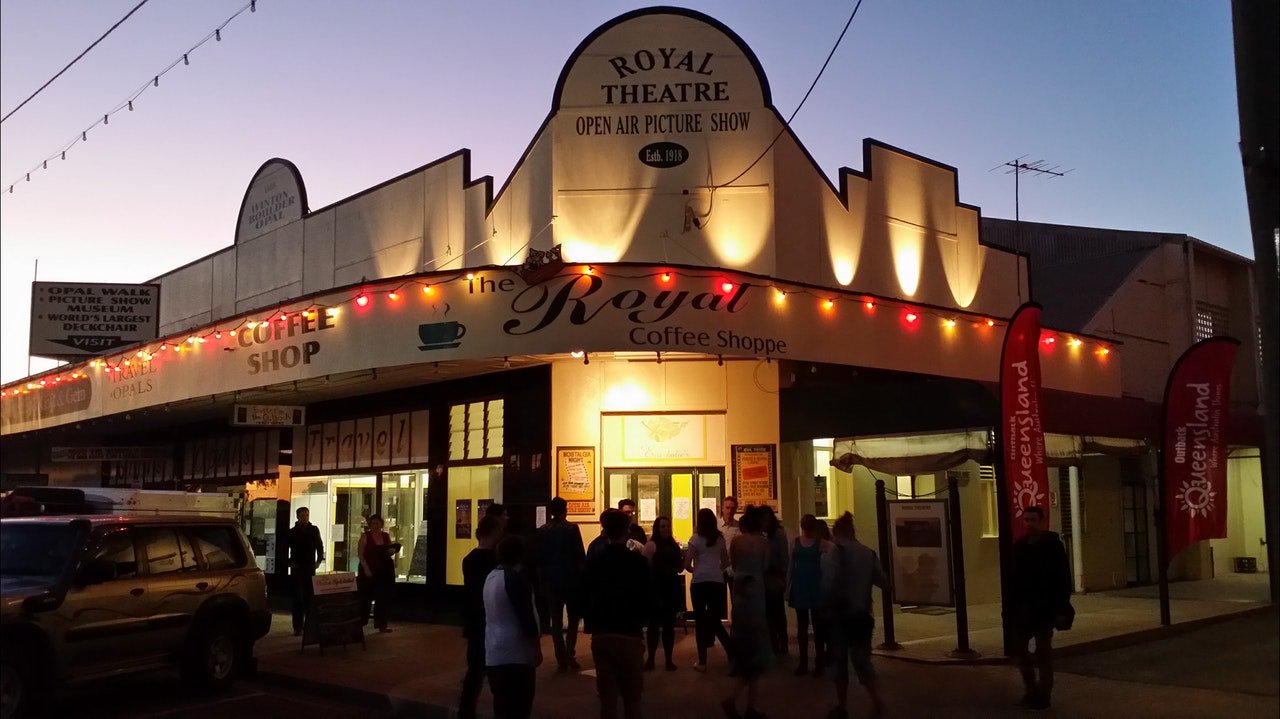 You know, I reckon Winton is the most under-appreciated town in the outback. Sitting out there bang in the middle of Queensland, it's not quite Channel Country; it's not surrounded by unusually dramatic desert and it's light years from the sparkling east coast. Winton just sits where it is, plonked on the Landsborough Highway, and playing second fiddle to its more celebrated neighbour down the road, Longreach. 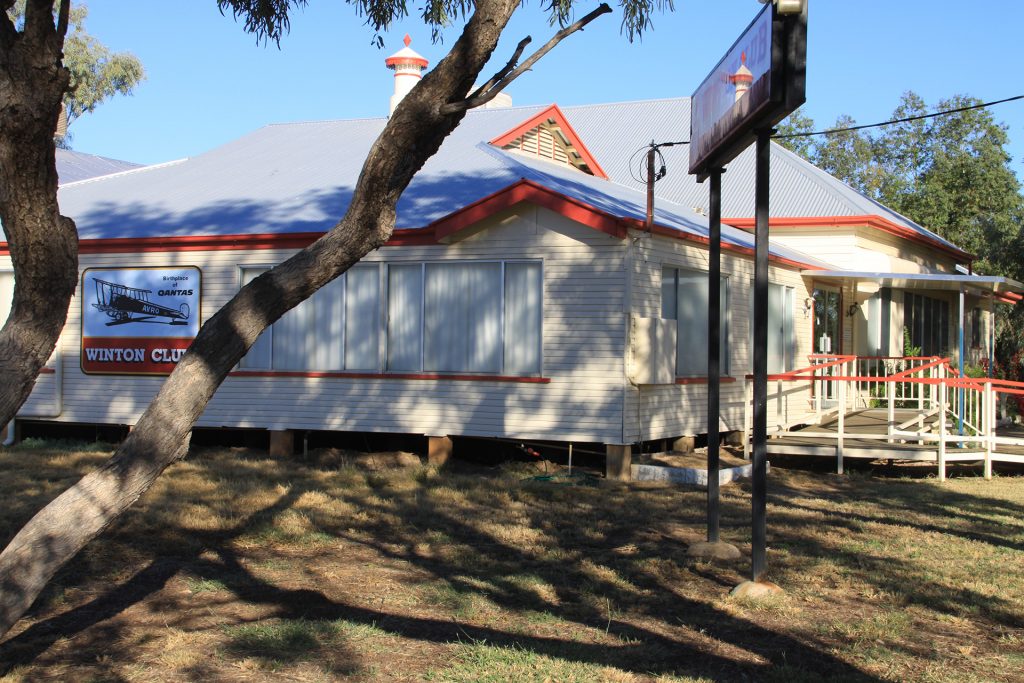 Winton is often referred to as the birthplace of our Australian airline, Qantas. The custodians of the Qantas Founders Museum down the road have a bit to say about that, of course.  But certainly the initial registration of the company, (Queensland and Northern Territory Aerial Services Ltd), was announced in Winton in 1920 and the first board meeting was held at the Winton Club (still standing, as you can see) on February 10th, 1921, before the main Qantas headquarters was moved to Longreach as a more logical location. 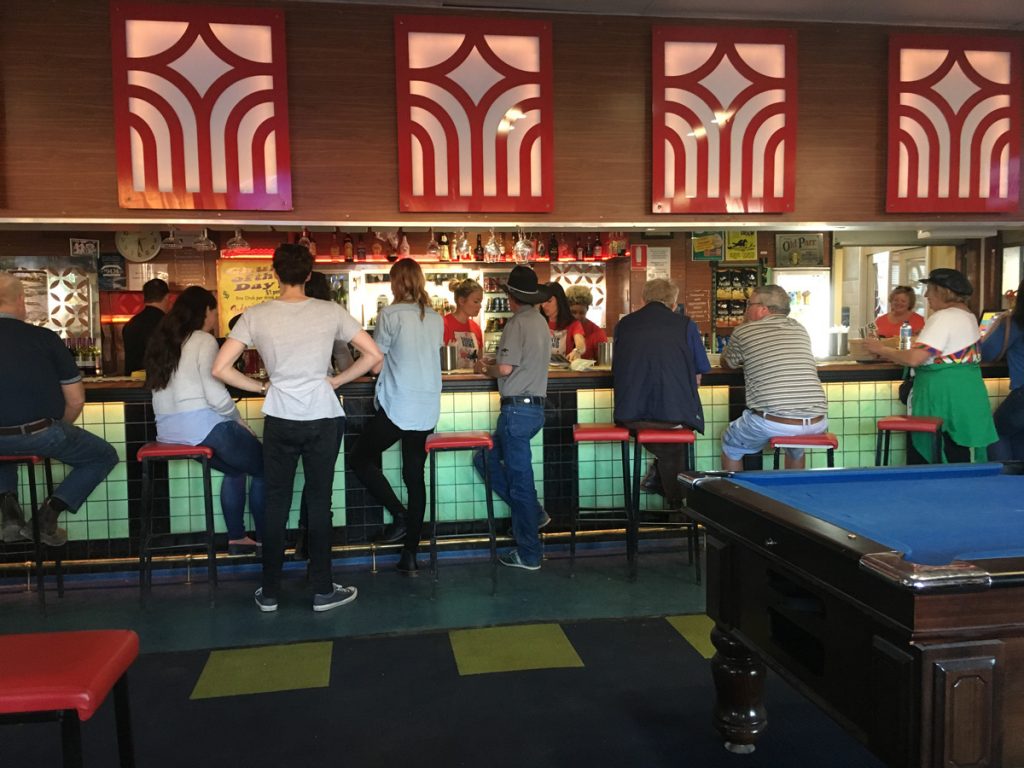 Make some time for a coldie at the famous front bar of the historic North Gregory pub while you're here.

This feisty little town also boasts being home to Banjo Patterson having penned our unofficial national anthem, Waltzing Matilda at a nearby outlying station in 1895. You can pick up all the history you want about that little song and about the generations of townsfolk and pastoralists who have called Winton their home over the past 150 years. 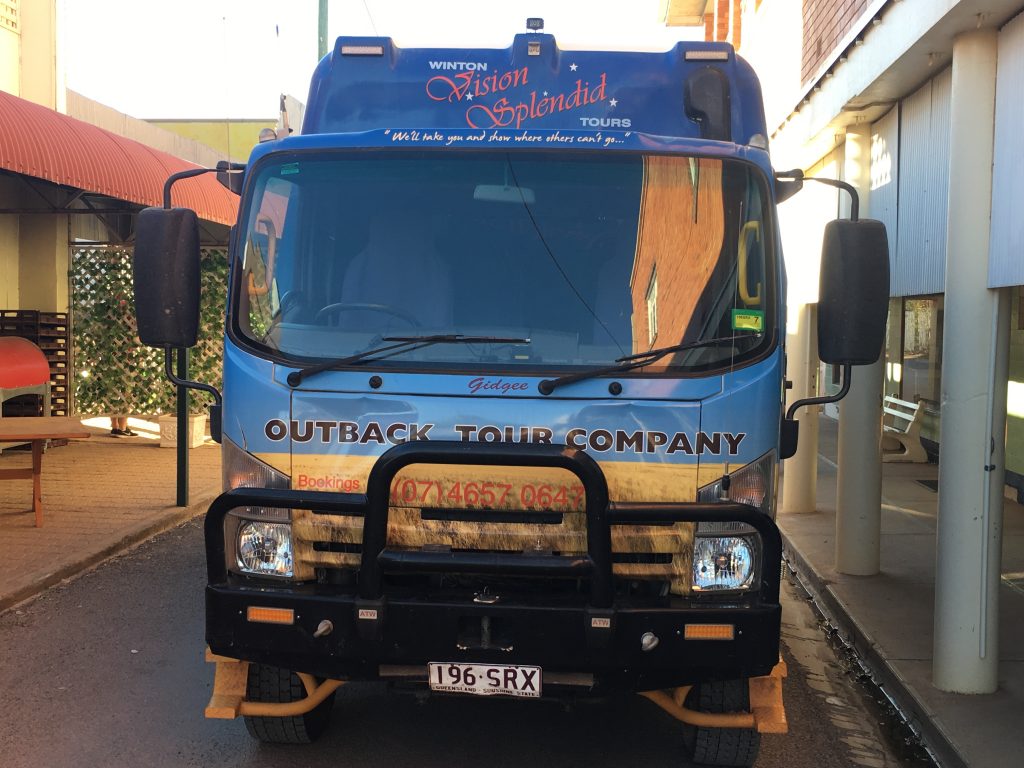 Try and catch the very cool Vision Splendid outback film festival if you can. The 2018 festival was held in the first week of July. The place gets overrun by established and wannabe members of the film industry; the Royal Theatre is the headquarters of shows and concerts;  the pubs do a roaring trade. Then of course, there's the deckchair. 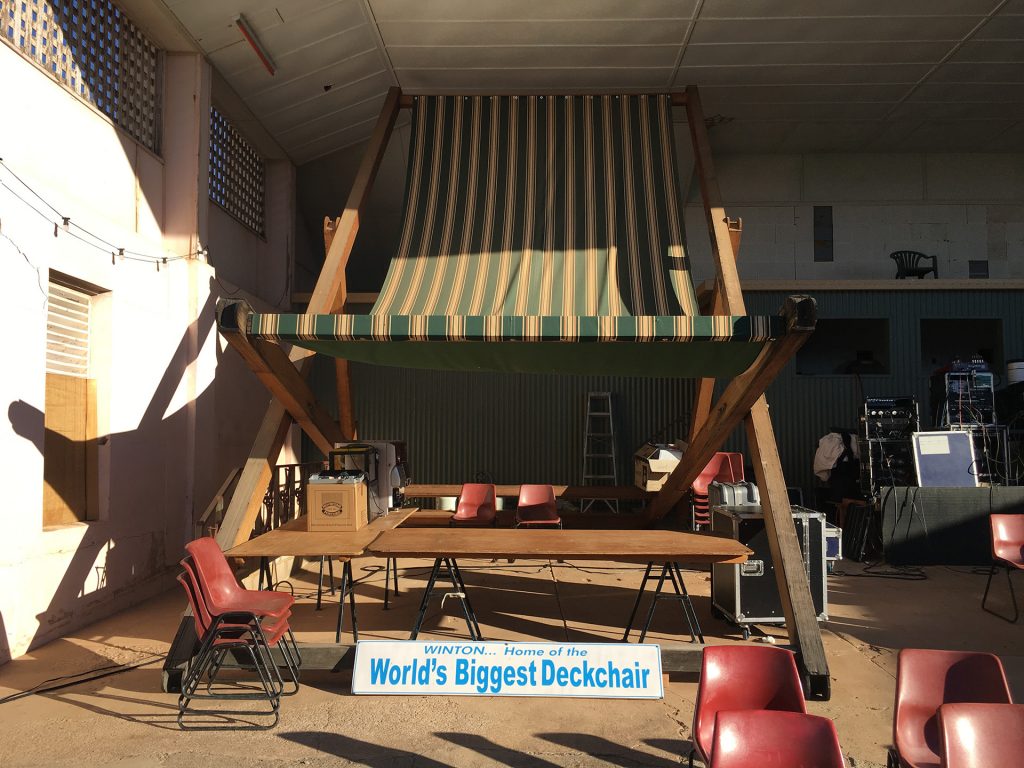 Whatever your reason for going, it's sensational to see such a gathering of film making talent and enthusiasm in this tiny outback town.

It's just up the road from Longreach, so why not add it onto your outback Queensland trip. There's just something about Winton you're gunna love.