Last drink before the desert 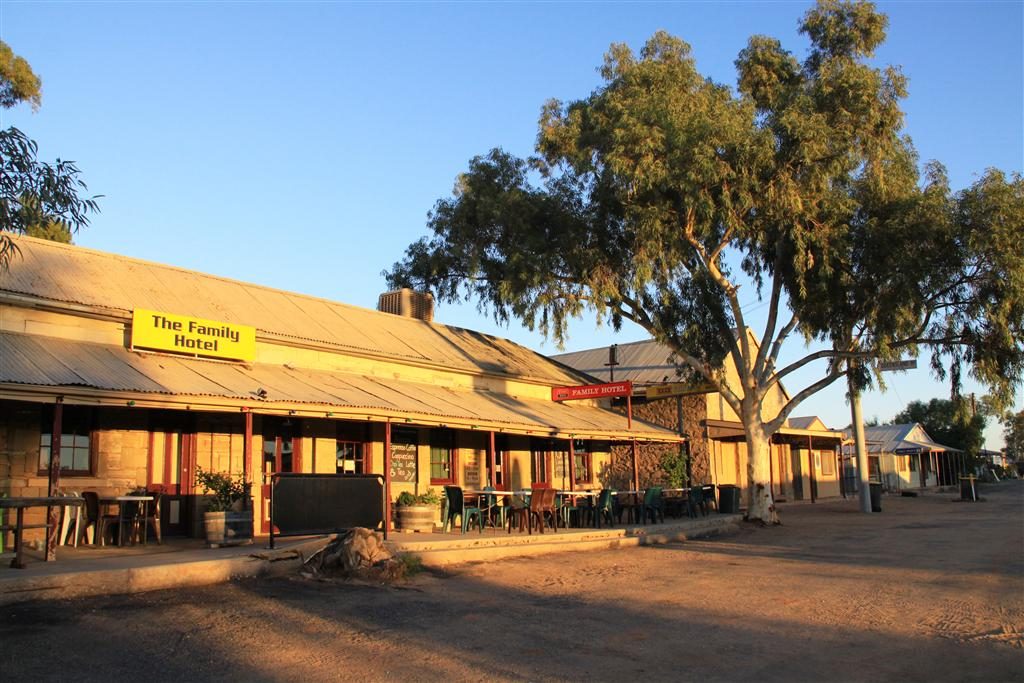 I don't know if there's something wrong with me or what, but I get ridiculously excited when we land at outback towns like Tibooburra.

Bizarre. I mean the boutique shopping is dead set appalling; there's nowhere I can have a spa treatment and god only knows how far I'd have to travel to get some Manchego cheese or a fresh avocado. Seriously, what am I even DOING out here?

And it's not like Tibooburra is convenient to anywhere, stuck waaaay out in the middle of, like, Dirt Country.  View Map here.

Yet I keep coming back ... usually with a whole lot of other really trusting people in tow. Maybe, just maybe, it's got something to do with its two-legged residents. I first met Melissa Thomson when we accidentally found ourselves at the front bar of the Family Hotel. I'm not giving you the address, are you kidding, there's only seven buildings in town. You'll find it. 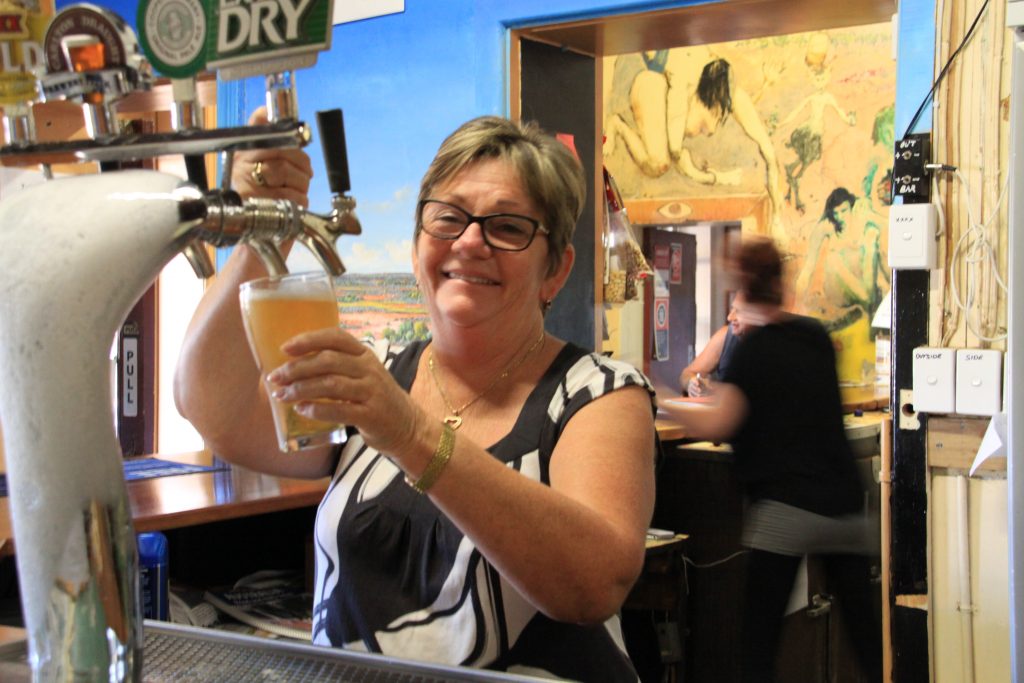 As publican of the Family Hotel, Melissa is busier than a Beirut brickie, with a tourist season stretching from one end of winter to the other. She's minister in charge of putting a decent head on your beer and you're going to need that on her lovely breezy verandah at sundown. You’ll love the big old walls constructed of locally quarried sandstone and of course there’s no missing the famous murals on the inside walls for which the pub is famous. 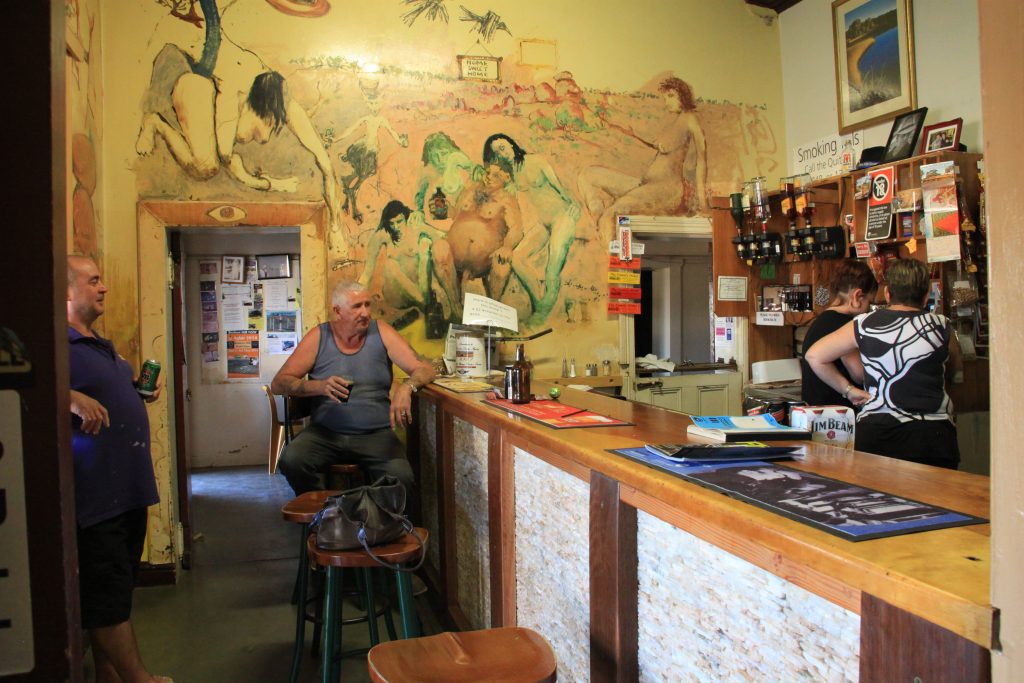 They way they tell it: “During the 1960s, Australian artists Clifton Pugh, Russell Drysdale and others spent several weeks painting in the outback.  Using the Family Hotel as a base, and the outback as their inspiration, they added their own style of art to walls within the hotel. Other artists have contributed their works, making the walls a living art gallery.” 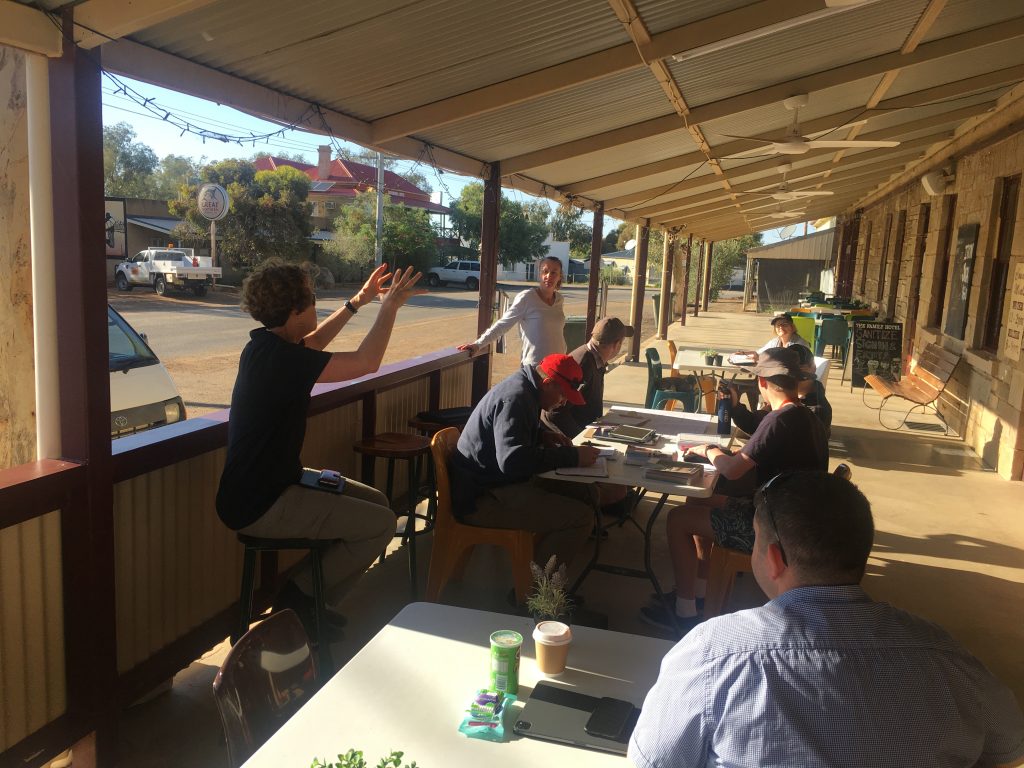 On a WardAir adventure, the verandah of the Family Hotel turns into our office for the daily flight planning briefing.

Tib, as we will now call it as it's way easier to spell,  is a typical Australian outback town, located in the far north-western corner of New South Wales, close to the borders of Queensland and South Australia. It cops a beating in summer where it regularly features on the evening news as the hottest place in New South Wales, but then again that's why the beer's cold, the pubs are air-conditioned and you go in winter. 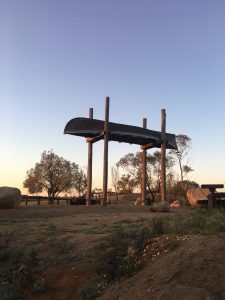 No wonder Sturt didn't make it all the way ...  the full-sized whaleboat in Tib's Pioneer Park.

Even though I just told you it's the capital of Absolutely Nowhere, Tib is actually a pretty handy stop-over if you're headed to show-pony territory like Lake Eyre, Birdsville or up to the Channel Country.

Road travellers are all in a cheery froth at the moment, as the chain gangs have just finished paving the Silver City Highway between here and the Vegas of the West, Broken Hill. Happy days for highway roadhouses like Packsaddle, now doing a roaring trade in coffee and burgers you can't jump over. 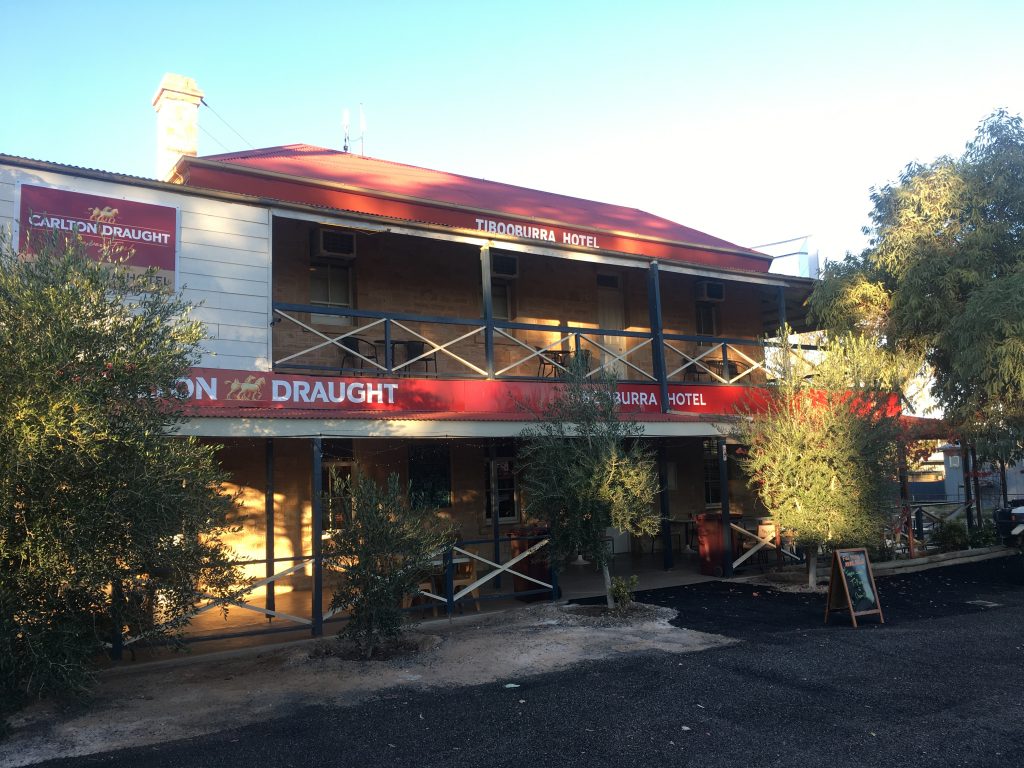 Affectionately called the Two Storey, the Tibooburra pub will feed and water you in true outback style as well.

There's great food and accommodation at the Two Storey, across the road, and the upstairs rooms have seen a lick of paint in the last few years. The rooms have always been very reasonably priced, clean, comfortable with shared facilities down the hall.

If you need avgas when you land, just give the Tibooburra pub a call beforehand to arrange. 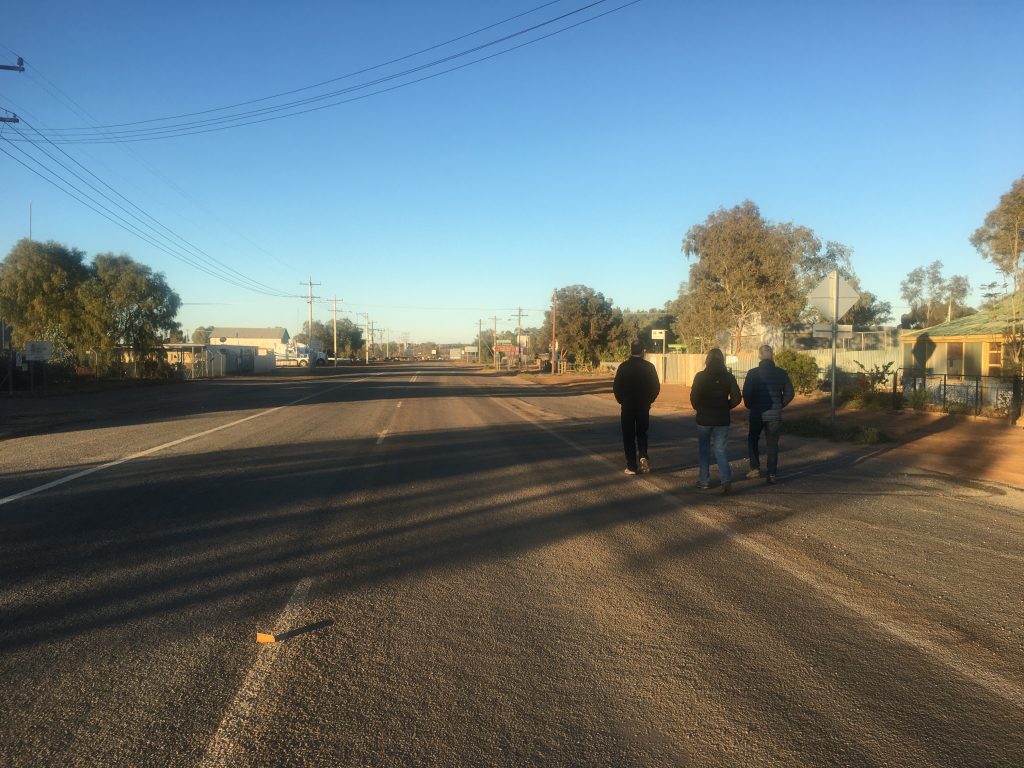 Both pubs are good for an airport pick-up, so check out their websites or give them a call.

You might like to wander down the main street while you're here, past the Drive-In (!) and on to see the local primary school. They used to run an incredible School of the Air from here, but the number of families needing the service has dwindled off so much recently that any remaining kids now have to use the centre at Broken Hill. Bloody tragedy, I reckon, that the drought forced so many young families away from the area to seek work where they could get it.

Hop on out here and give Tib a go next time you're on the move.