A little gem on the Darling 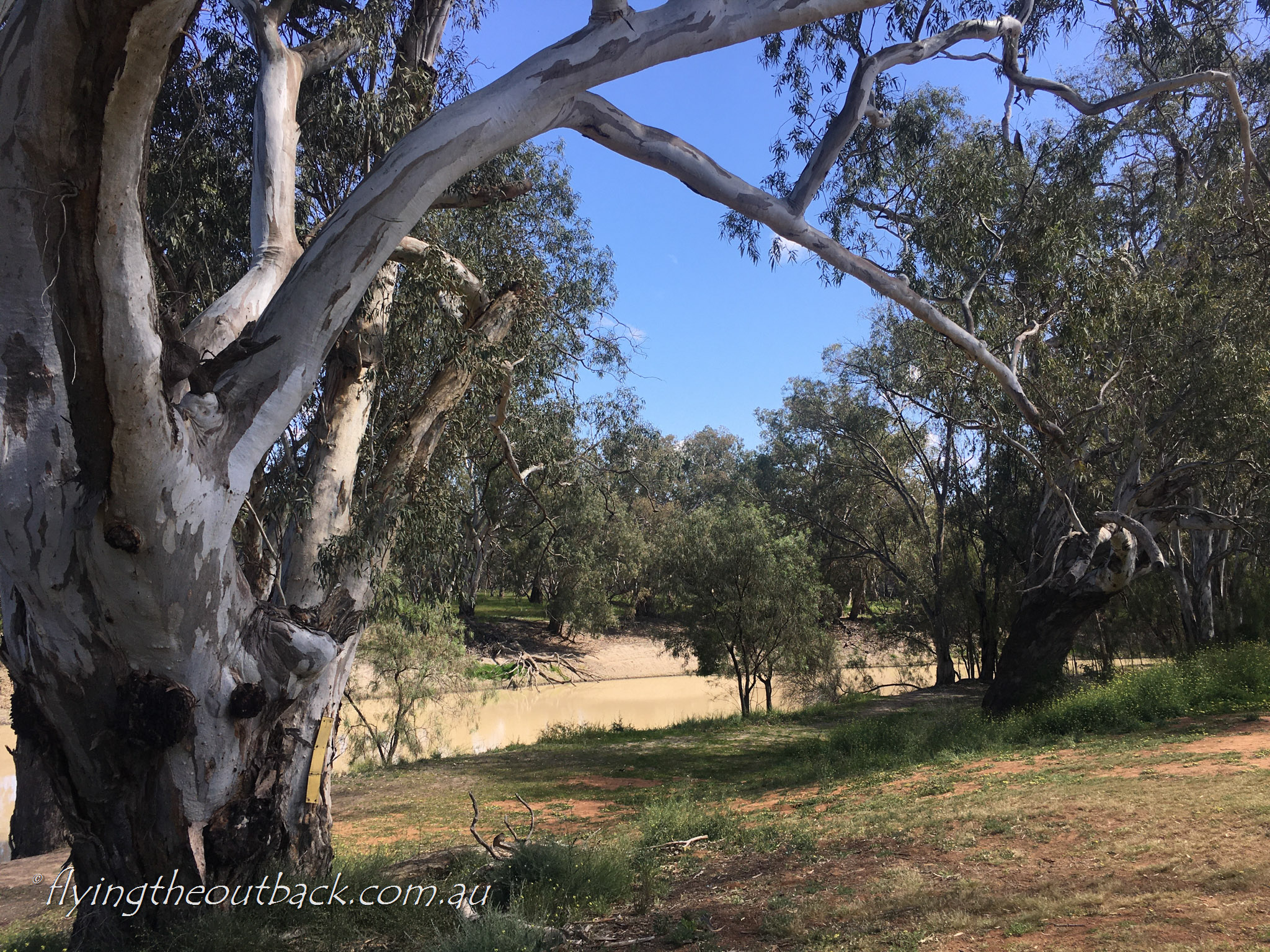 You'll find Pooncarie on the Darling River, about halfway between Mildura and Broken Hill. It's got a great sealed airstrip and apron, plenty of room for parking, no tricks. This is one of my favourite stretches of the Darling, with big old rambling homesteads nestled either side of the river at regular intervals along here. 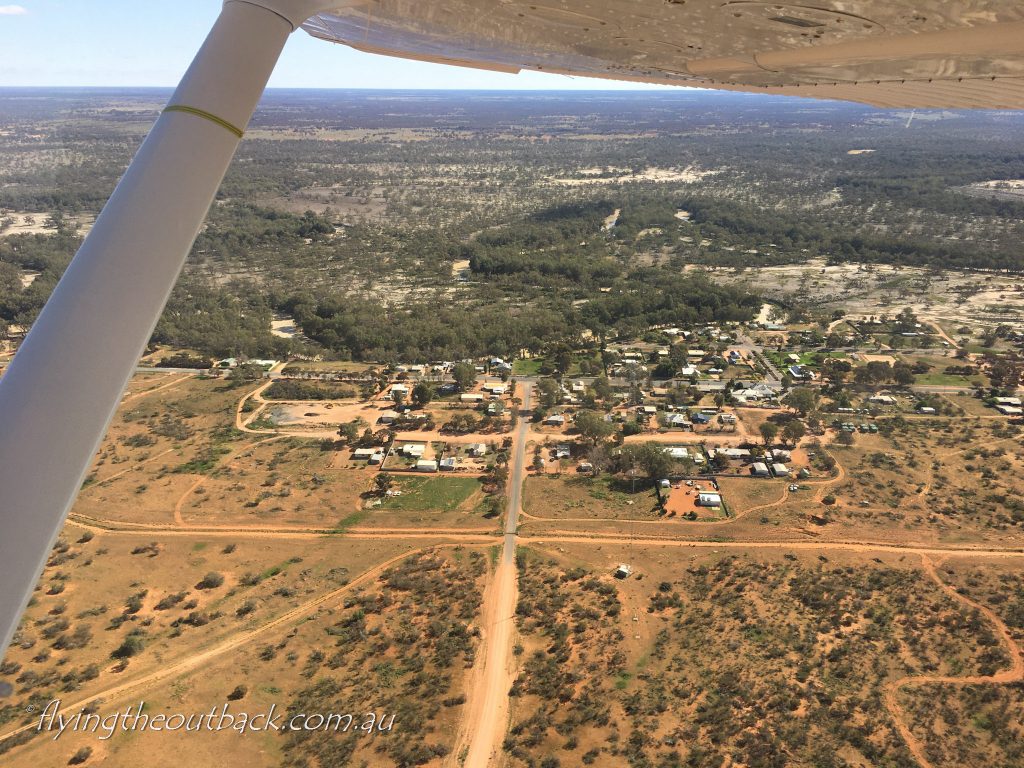 It tells the story of the drought too. I'd be going back a lot of years to recall when the banks were overflowing with floodwaters coming down from northern NSW, and more often than not lately, we have to fly low and slow to see the scant levels of water that make it this far south. 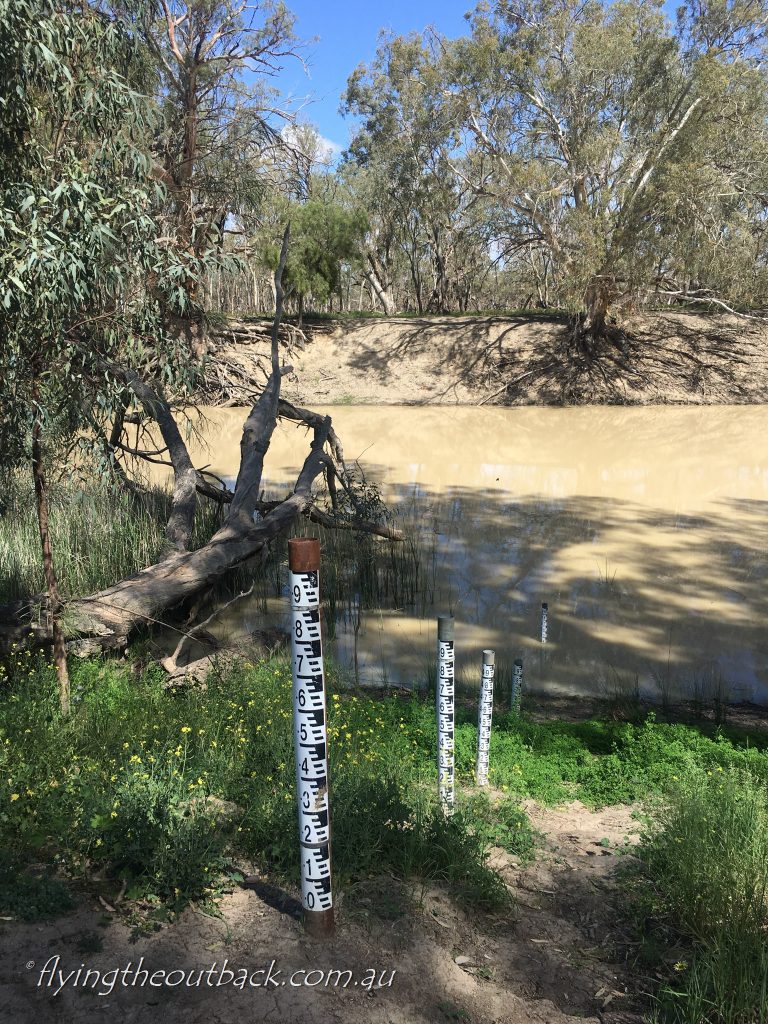 But she's still one of our most iconic waterways and giving support to these regions is a great reason to call in on the locals and say g'day! 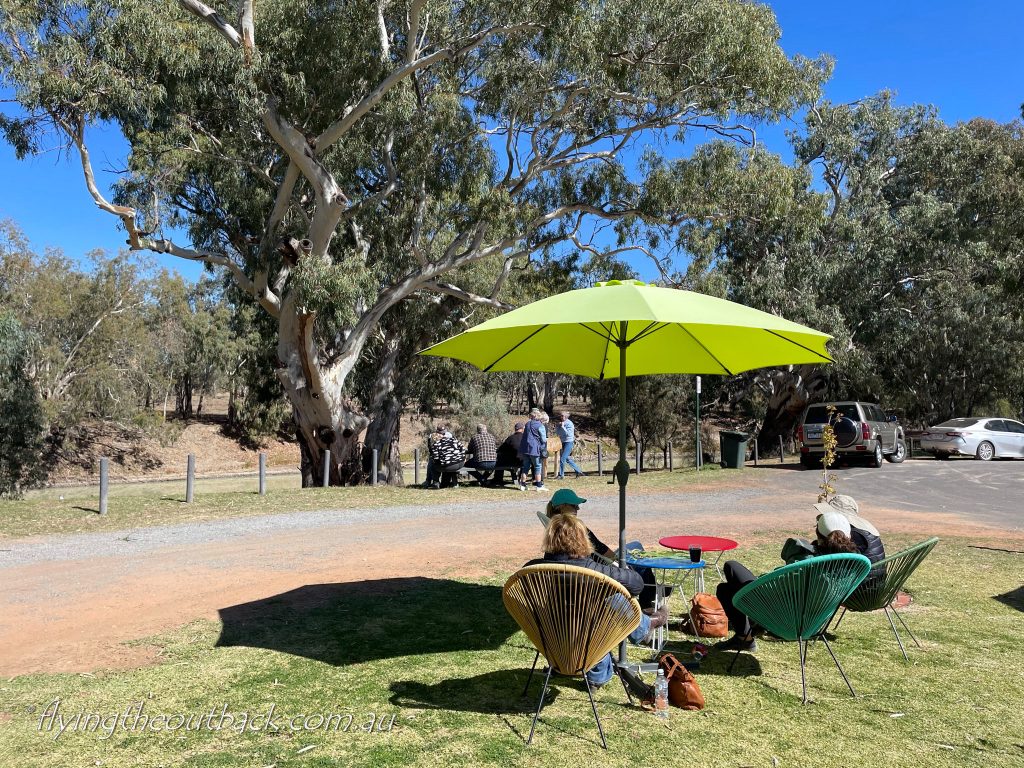 It may be just a pinprick on the map, but Pooncarie is one of those tiny towns that just makes you feel good about the world.  I have little doubt that it's due to two of its hard working residents, Bob and Barb, who run The Old Wharf Cafe. 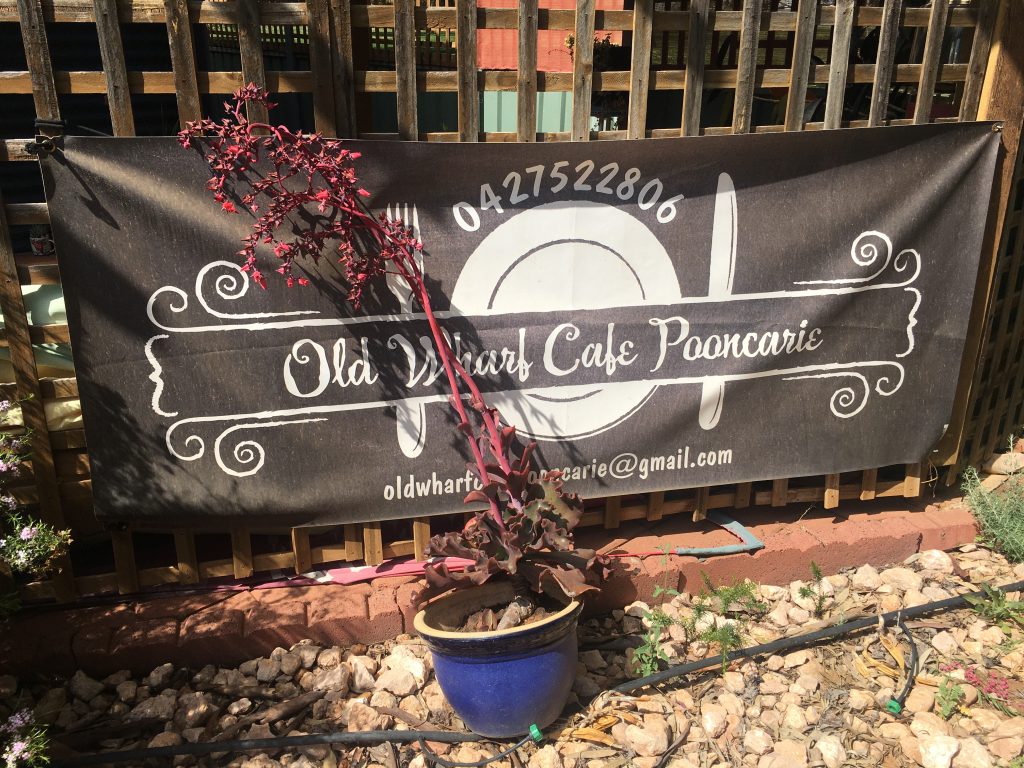 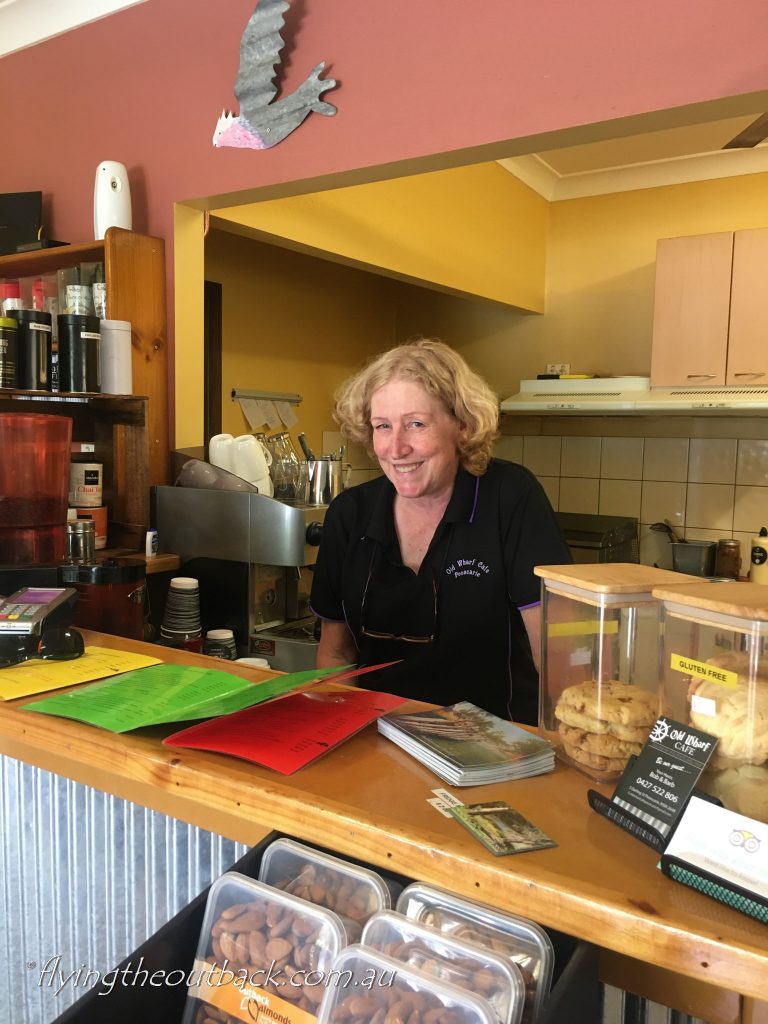 Even when she's flat out, Barb's always got a smile.

They run the place on their own, despite it being a madly popular lunch and anytime stop for road travellers, due to its gorgeous position right on the banks of the Darling. 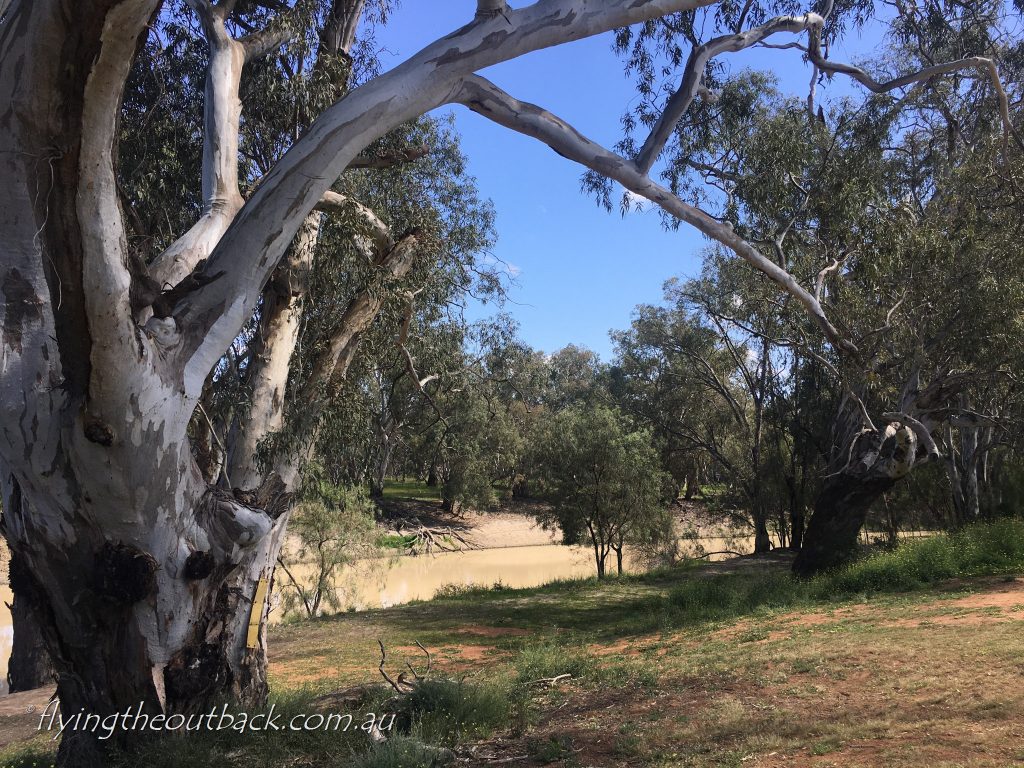 While you're waiting for that sensational burger & chips you've just ordered, stroll down to the river and try not to fall in love with those big river gums that remind you just whereabouts on the planet you're lucky enough to be. 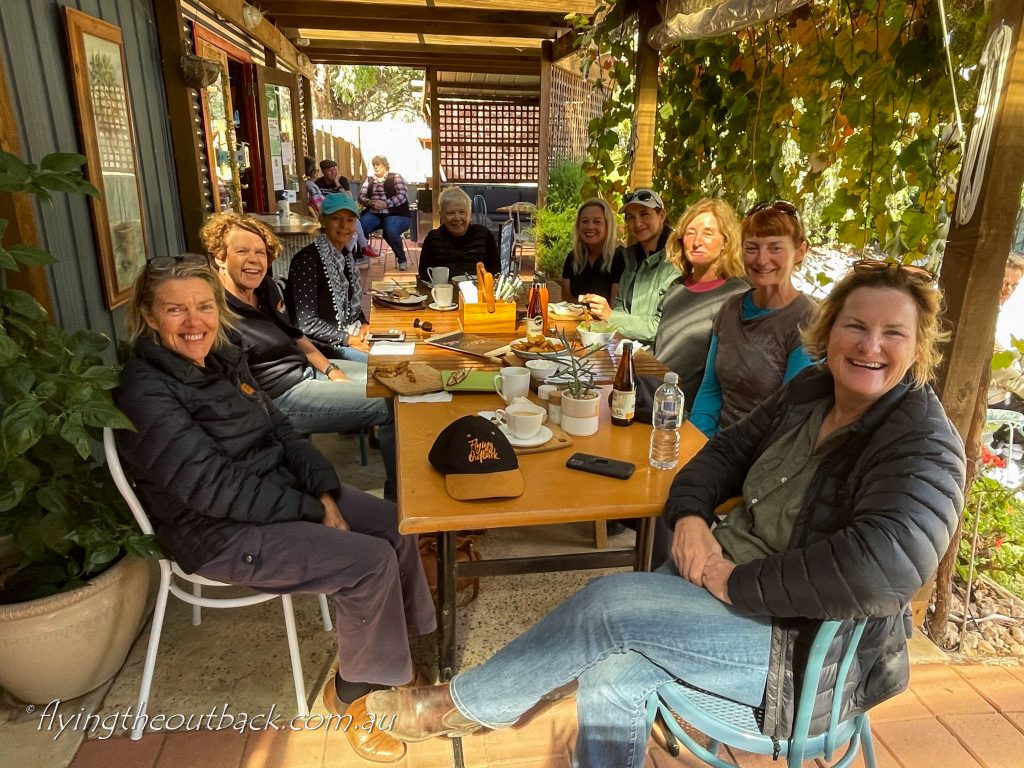 The WardAir girls call in for lunch after leaving Balranald this morning, heading for Broken Hill.

If you're flying in, give Bob a call a day or two earlier and ask if he'd mind giving you a pick-up from the airport. Whenever we've called in, he has kindly picked up our first carload from the strip, then threw us the keys to do the next few runs into “town”. 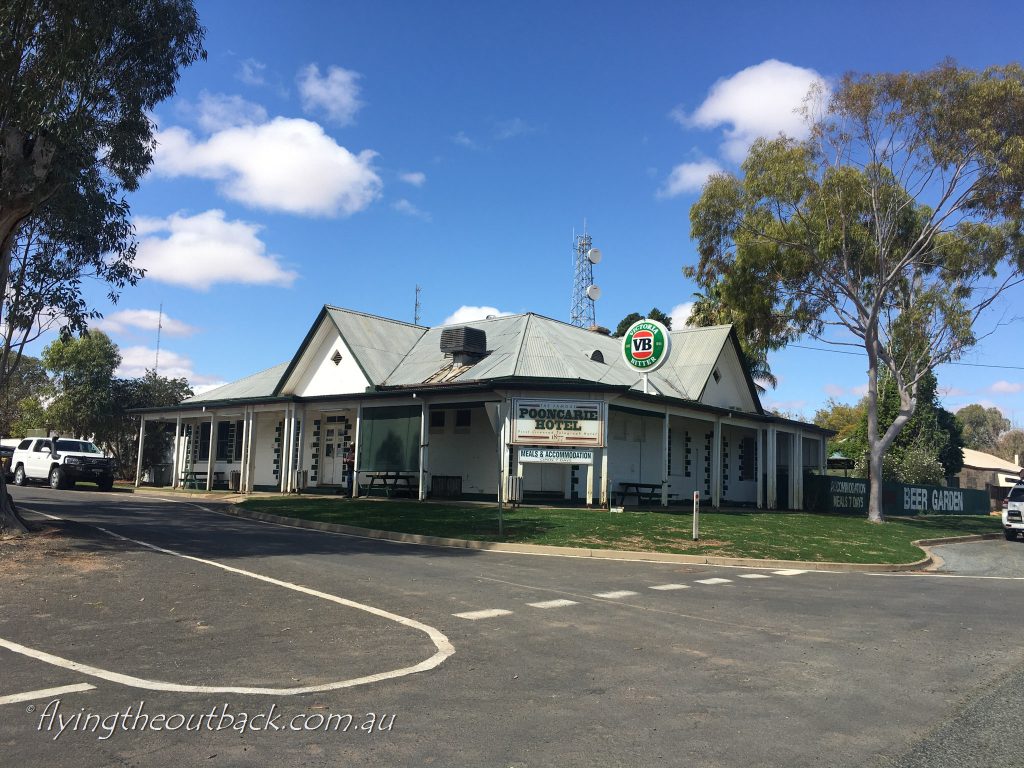 Now you're not going to believe this, but I haven't actually been to the pub, as we're always calling in for lunch or coffee. I have been told by other visiting pilots however that the meals and accommodation are just fine for an overnight stay,  so I'd happily give it a go if I felt like downing tools a while longer in this laid back little slice of Australia. 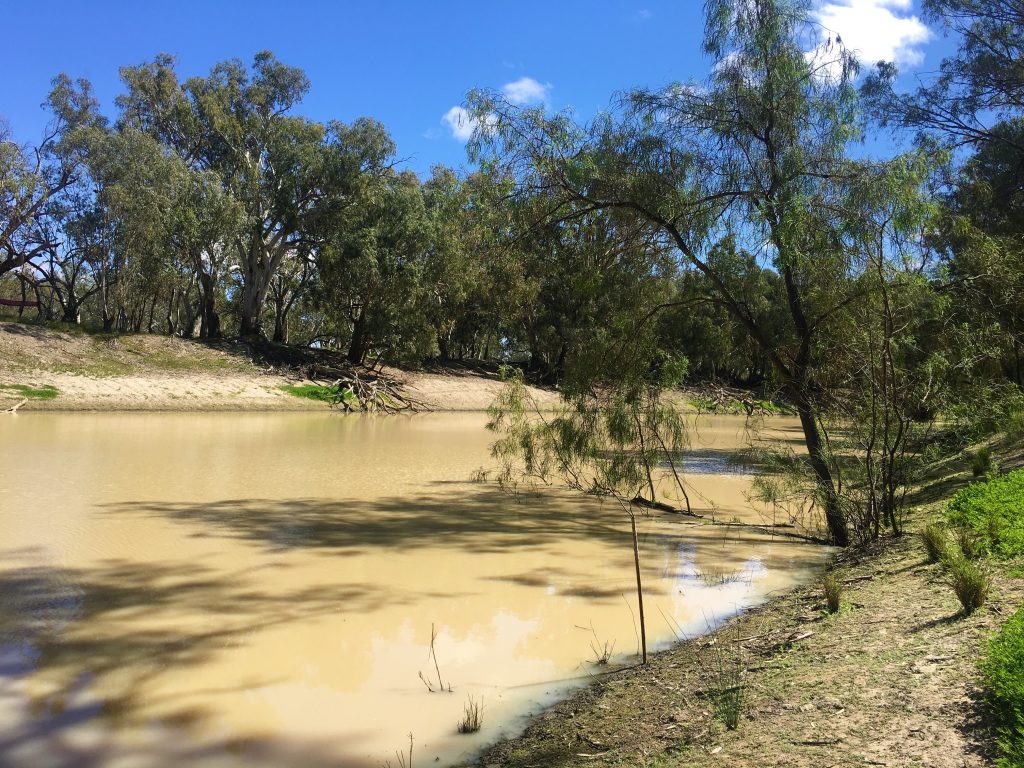 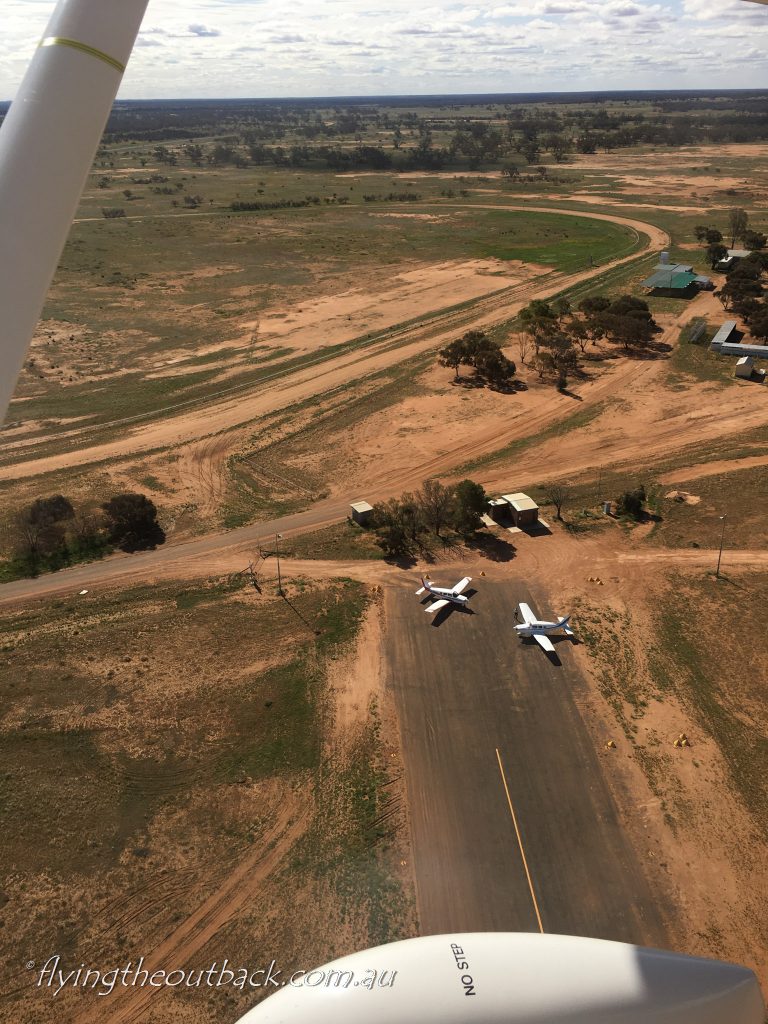 Thanks Pooncarie - we'll be back!