You've never been this far away ... 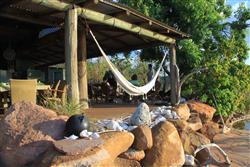 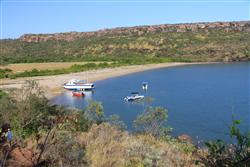 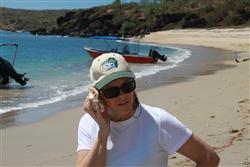 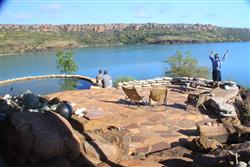 This destination defines the essence of what light aircraft flying in this country can give us access to.

Faraway Bay is remote, rustic, sophisticated and adventurous all in the same breath. With six other flying friends, Rossy and I made this our four-night stopover on a Kimberley safari in 2012, and we loved it so much we returned in 2018. That’s pretty unheard of for us - we’re always on the hunt for new experiences, but this one made such an impact on us that we thought we’d give it a second go.

The property itself had not changed. It was still as beautiful as we remembered it, and what a magnificent setting you’ll wake up to every morning, gazing out across the divine blue waters of the Timor Sea.

Unfortunately, the same could not be said for the owner/manager who had, by his own admission, done his time at Faraway and wished he could sell up and move on. When this person is tasked with being your host throughout your stay, it’s difficult not to pick up on his apathy and indifference to ensuring his guests are offered the best possible atmosphere in which to enjoy their stay.

That being said, it is a place that will win your heart. Once you kick those shoes off on the first day, you're never going to want to leave.  Here's the story, as originally published in Australian Flying Magazine, after our first visit. 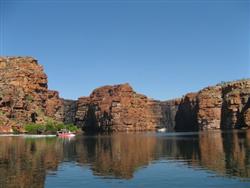 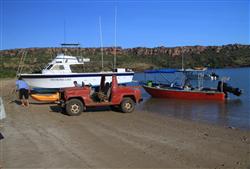 Faraway Bay is extremely isolated, accessible only by air, accommodates 16 guests max, and the aircraft parking area fits five C182s and not much more. It’s located at the very top of Western Australia, spilling out onto the Timor Sea, just south-east of Cape Londonderry. 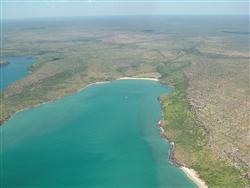 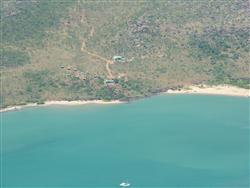