It's larrikin Australia at its best and most people have a hard time describing this dusty outpost to anyone who's never been here. Disturbingly, we all fitted in quite well.

It's important you feel the mood of this place so I've got to set the scene with a tiny chapter of history. 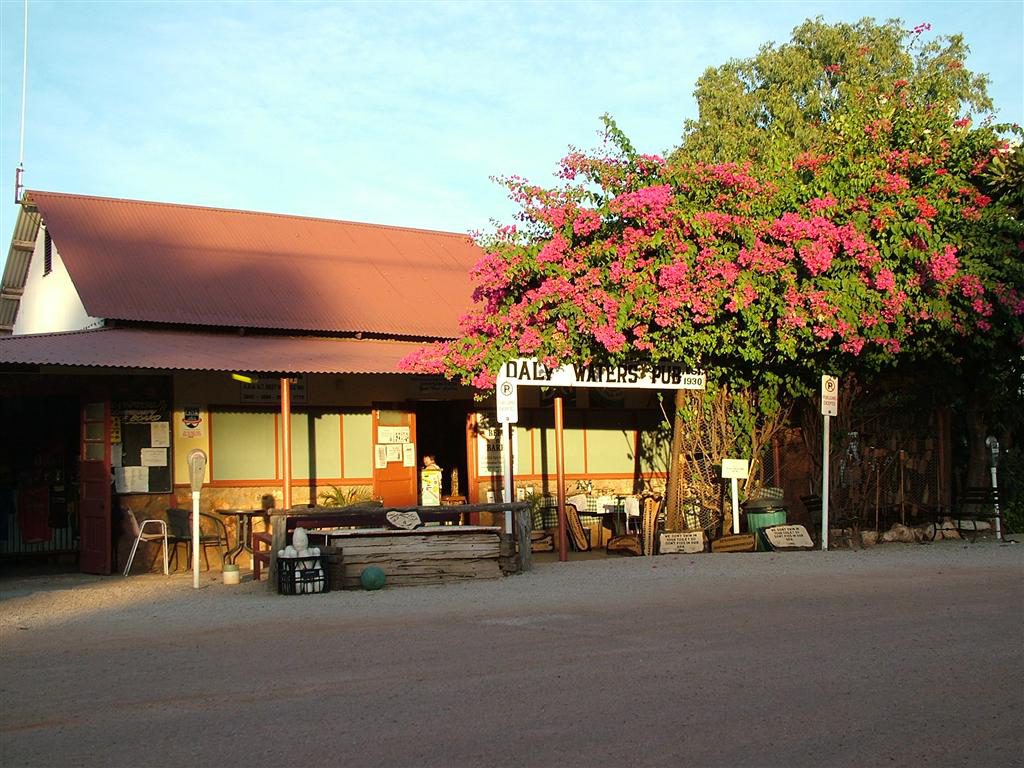 It was 1930, and Mrs Pearce piled what furniture she had against the front door and made her escape out the back, running full pelt into the bush. "Quick …" she screamed, "naked blacks with spears are surrounding the house!"

Bill Pearce heard the wails, downed tools, and tore off in the direction of his wife's terrified screams. Solving the riddle as he ran, he smiled to himself, guessing correctly that the old tribesmen returning from a corroboree on the Beswick River had come out of their way to catch a glimpse of the new white Missus.

Such is a snapshot of pioneering life in the Northern Territory for Mr and Mrs Bill Pearce, where survival, isolation and hardship melted into irreplaceable memories and friendships. It was with the help of a handful of black boys that Bill Pearce erected the first timber frame of their simple home, the foundations of what is now the Daly Waters Pub, one of the outback's most popular and celebrated drinking holes. 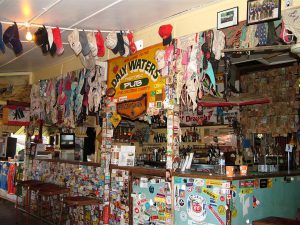 Half way through our around-Oz air safari in 2008 with crew and pilots from Curtis Aviation at Sydney's Camden airport, we thought it only fair to call in on the good folk at the Daly and do some vital research for the website.

On the navigation front, a notable bonus is that, unlike countless natural-surface strips that blend in with their surroundings out here, you'd have to be Blind Freddy to miss this one. At nearly two k's long, it's about three times as big as the town, though that's nothing to brag about.

From being a vital airbase in WWII, there are now only a handful of buildings in Daly Waters and the pub is definitely the heart of the town. It attracts lots of backpackers, Grey Nomads, overseas visitors and plenty of pilots. You will be cheerfully picked up from the airport on arrival; it's not like you can help flying over the pub when you get there, and someone will hear you and grab the keys to a nearby vehicle or two. 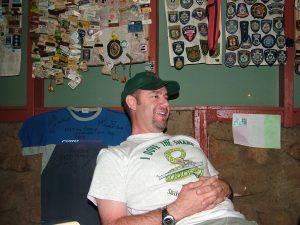 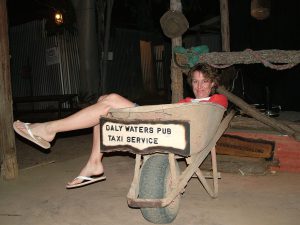 It's a popular stop-over so you'll need to have booked your accommodation before you leave home. We all stayed in the comfortable cabins over the road from the pub, did our flight-planning on the balcony in the cool of the evening, then, to work up a thirst, walked the 30 paces that were required to tour the entire town.

From fine stock and a rich history has grown today's Daly Waters Pub, now under the ownership of long-time Territorians, Lindsay and Robyne Carmichael. Nine years after taking over the pub, their obvious love of the lifestyle and enthusiasm for welcoming travellers through the door is infectious. Lindsay's knockabout nature works well with newcomers, whether he's pulling beers behind the bar, cooking up the pub's signature Beef & Barra meals by the dozen out in the beer garden, or attending to the million and one jobs that Robyne has for him on today's list. 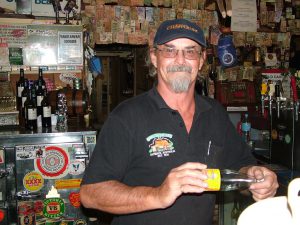 "She'll never let on," says Lindsay, "but Robyne actually runs the place. She looks after the kitchen, handles all the menus, all the purchasing, staff, housekeeping, and ordering me around!"

Robyne has spent years researching the history of the pub. "I just love it. We want to recreate some antbed flooring like old Mrs Pearce had, so we've been experimenting," she explains. "They crush up the termite mounds and mix it, and it sets hard as rock. In fact Mrs Pearce's first oven was made out of a termite mound. Incredible."

Throughout his 25 years living in Tennant Creek, Lindsay had always had a desire to be in the hotel game and so looked around at different roadhouses and pubs on the highway and admits that this one always stuck out as the best one to have a go at. 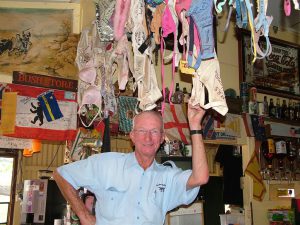 I haven't quite worked out the thing with outback publicans and their passion for adorning the main bar of their establishment with travellers' memorabilia, most often an elegant display of G-strings and very worn D-cups dangled overhead the clientele.

"The Japs just laugh when they first get here," says Lindsay. "They walk around the bar for the first ten minutes with their mouths open, speechless. One Japanese TV presenter, with no English, just kept going ‘aaaaaahhhhh'. But he ended up hanging his undies up above the bar with everyone else's."

Eccentricity in the Territory starts and finishes with the Daly's resident entertainer, the Chook Man. Frank Turton has been regaling dinner guests every night of the dry season for years. He sings, he plays guitar, he tells crook jokes usually at the expense of the caravanners who think he's hilarious, and he wears a wooden house on his head with a live chook in it. Don't ask.

From budget rooms to ensuite cabins, everything's comfortable and air conditioned and there's a big Caravan Park outside if you've left the Cessna at home this time. 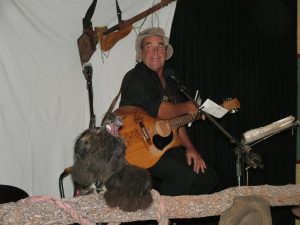 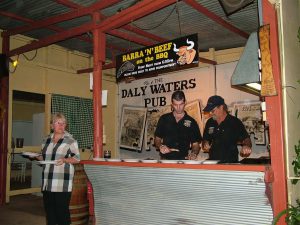 Despite being the winner of multiple tourism awards over the past couple of years, you'll find no airs and graces here. Visiting pilots are well looked after by a very hard working staff, warmly welcomed and get a great feed. The pub at Daly Waters is an inspired outback gem; it captures the essence of the Australian bush and that's the way everyone likes it.