I had no idea either, til we landed at northern Queensland's Undara Experience.

Do yourself a favour and call in if you’re planning some time up here. Just ring ahead and check for cyclones. 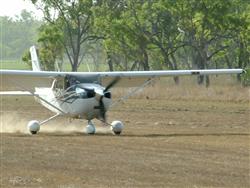 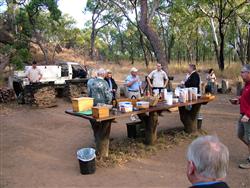 Undara has its own airstrip, details in ERSA, so there's actually no excuse not to go visit. Cairns is great, but while you're in the area ..... why not? This place is very different. Our Savannah guide, for example, leapt out of the minibus we were all in to charge off into the bush in pursuit of a couple of baby pigs that he thought he'd like to keep as pets. He didn't see the mother. That was all a bit hectic.

Anyway, anything goes in the bush. 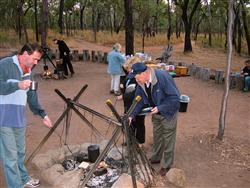 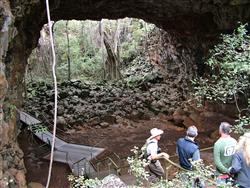 Inside one of the lava tubes.

Undara can easily be included as an overnight stop into your tropical week away. I've touched down at Undara for the night on several safaris now - one with Stawell Aviation on our way up to Cape York; another with Sydney's Curtis Aviation and most recently with WardAir on one of our Training Trips. On all these trips around this FNQ region, we found great pubs, great people, and plenty of eye-opening experiences while we were here. 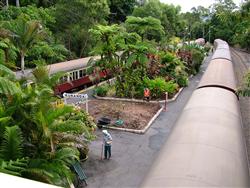 Olde world railway station at Kuranda, on the ranges behind Cairns 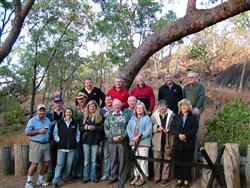 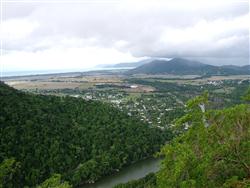 Fairly common low cloud over the hills surrounding Cairns makes a rail ride down the hill a clever option. 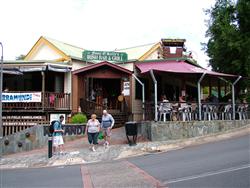 Fanny O'Reilly's pub at the mountain town of Kuranda

For the Cairns bit, we parked our planes at Mareeba. From here, we'd organised a mini bus to take us to the hippy-far-out town of Kuranda. You'll want some of what they're inhaling, let me tell you. Pristine mountain air ... or something.

They're a relaxed crowd at Kuranda and you'll enjoy ambling along the main street while you're waiting for your sky train down to Cairns. I elected to let a lovely local lass loose on my hair and Rossy found me an hour later showing off my seven very sophisticated beaded braids that she insisted really suited me. What you could do instead, is find a great coffee, or beer, or both. You'll also uncover some incredible art galleries and local examples of art and craft that are going to play havoc with your weight and balance sheet on return to the aeroplane. Just warning you.

Read the full story here, as published in Australian Flying.