All those horses can't be wrong 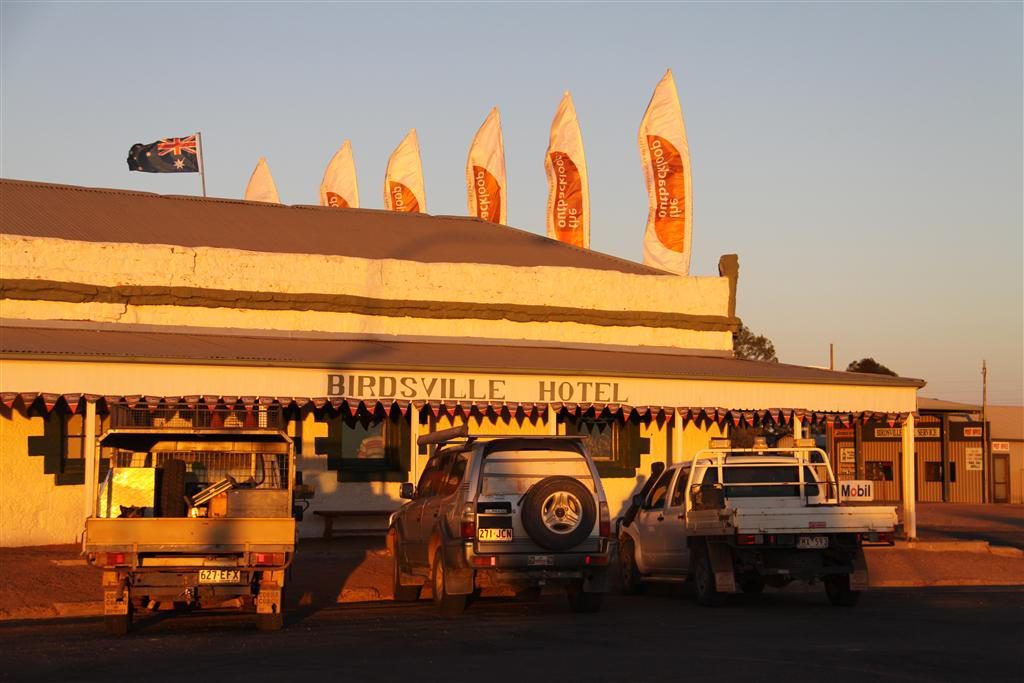 You're probably going to want to take a load off and stay a while ...

If you go searching, you'll find enough written about Birdsville to fill a library but here's just a few things. Unless you like frying eggs on your hat, go in winter. And if you set off by 4WD, ignore the road closure signs at your peril. The locals spend a great deal of time pulling travellers out of bogs after any rain, or hauling them out of sand dunes if they forgot to get clued-up on sand dune driving before they set off.

A lot of people may have heard of Birdsville because of its annual race meet. The Birdsville Races are quite without equal anywhere I can think of in the civilised world and are held every year on the first Saturday in September. 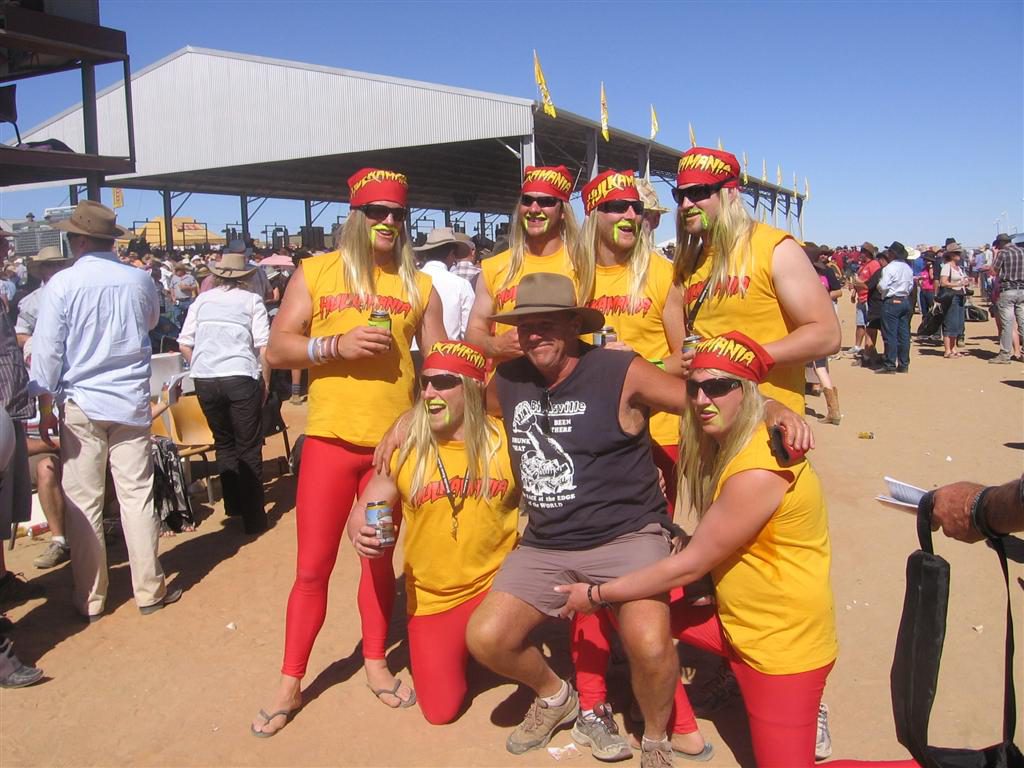 It's race day, and it's right about now that you just stop asking questions.

A friend of mind celebrated his 40th birthday a few years ago by chartering two planes from Melbourne, filled them with his mates, and headed up to Birdsville for the most hilarious long weekend they can remember. Read the story here. 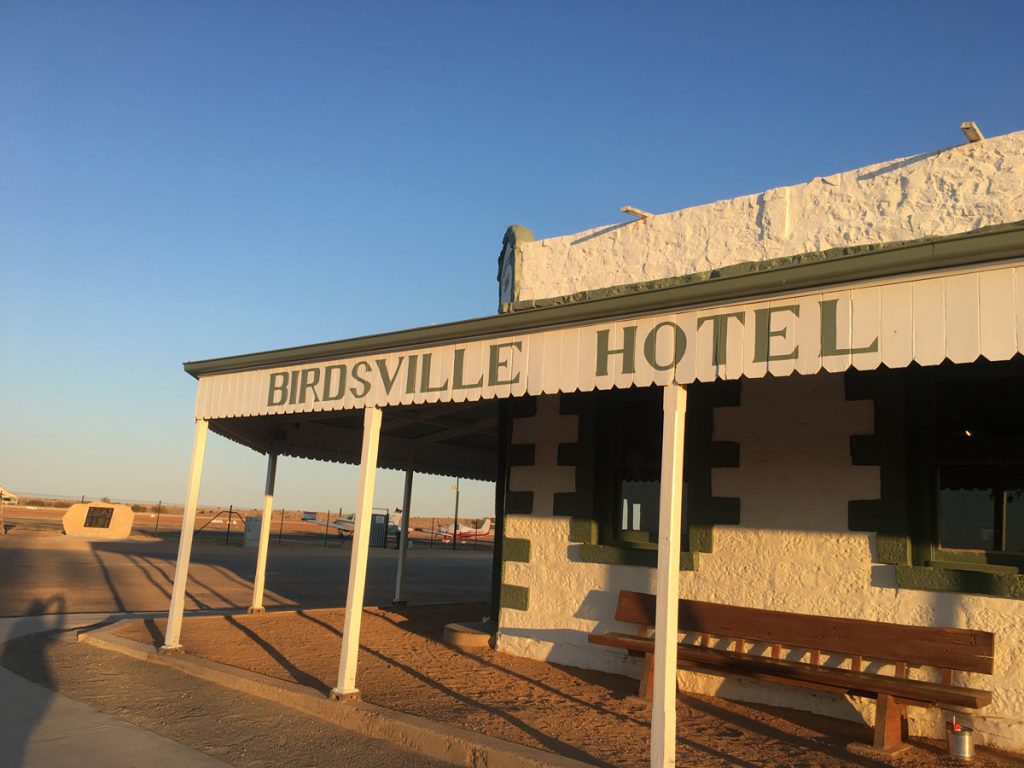 The pub is the beginning and end of civilisation around Birdsville. Well, maybe not the end. Across the other side of the oval, there's the bakery. You don't want to leave town without lining your stomach with several of their legendary camel pies. You can even wash that down with decent coffee - go figure. 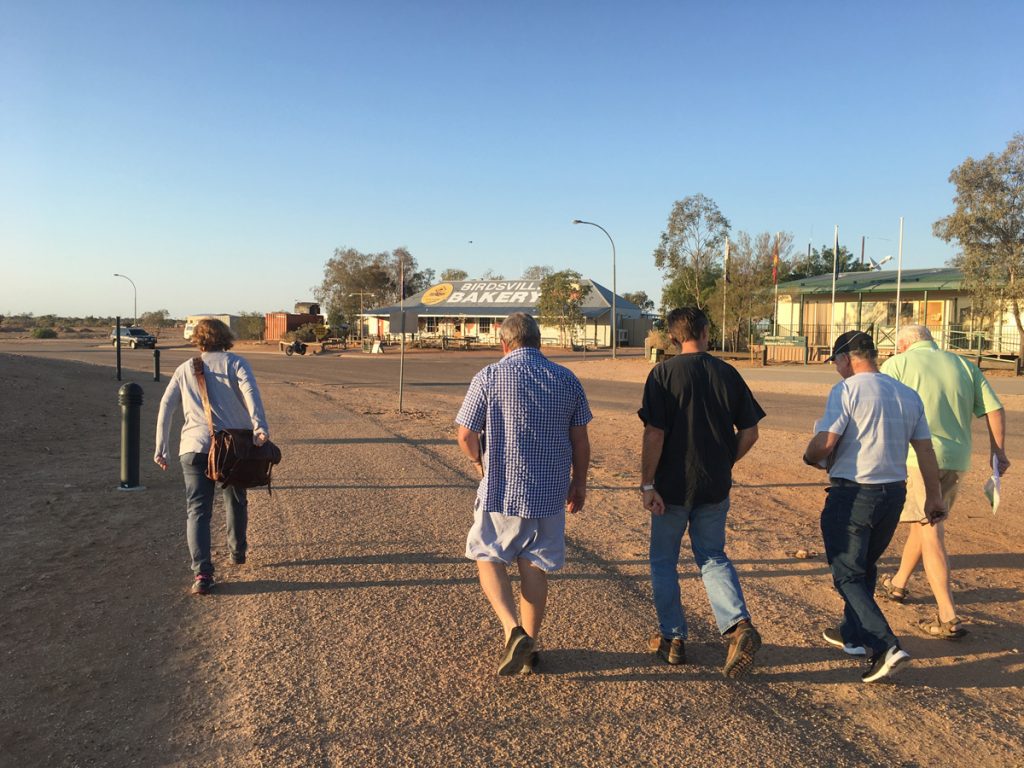 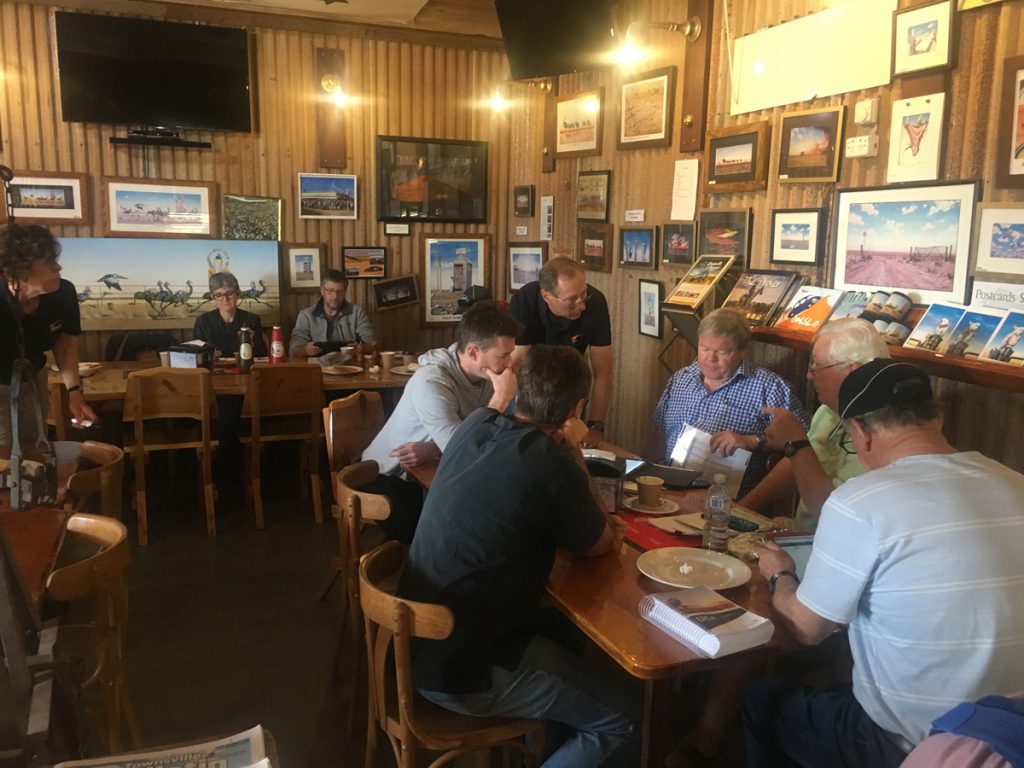 We called in to the bakery recently for some stomach lining and a crew briefing before heading off across the Simpson Desert. 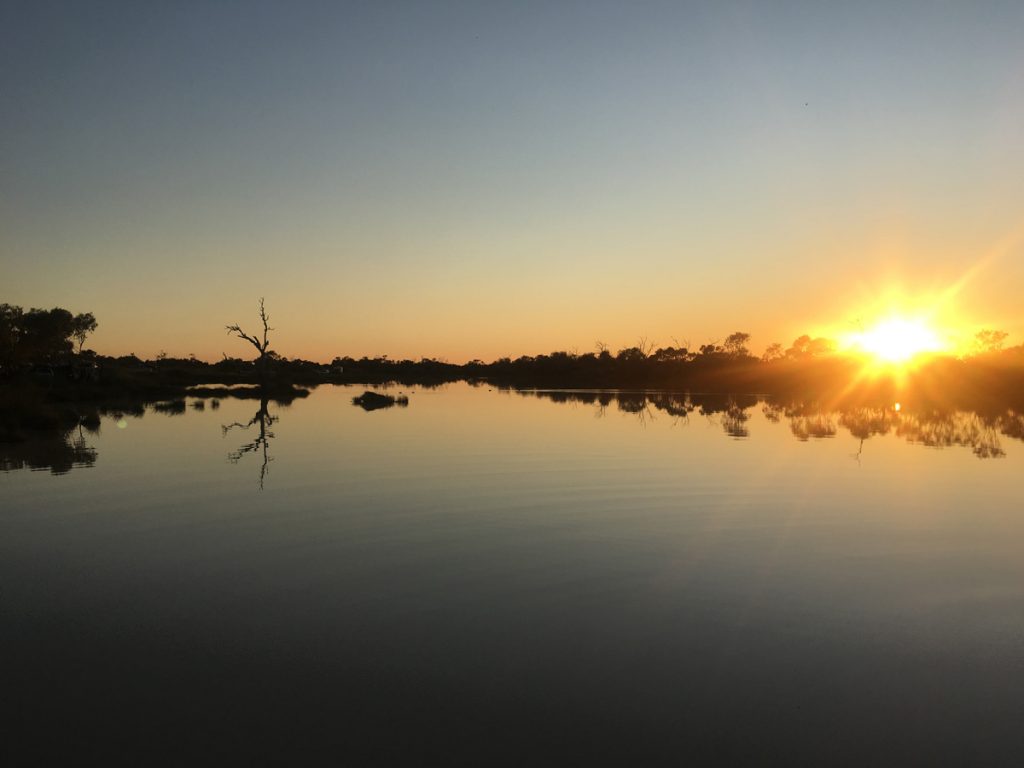 Here she comes ... so majestic. The Boss has arrived. 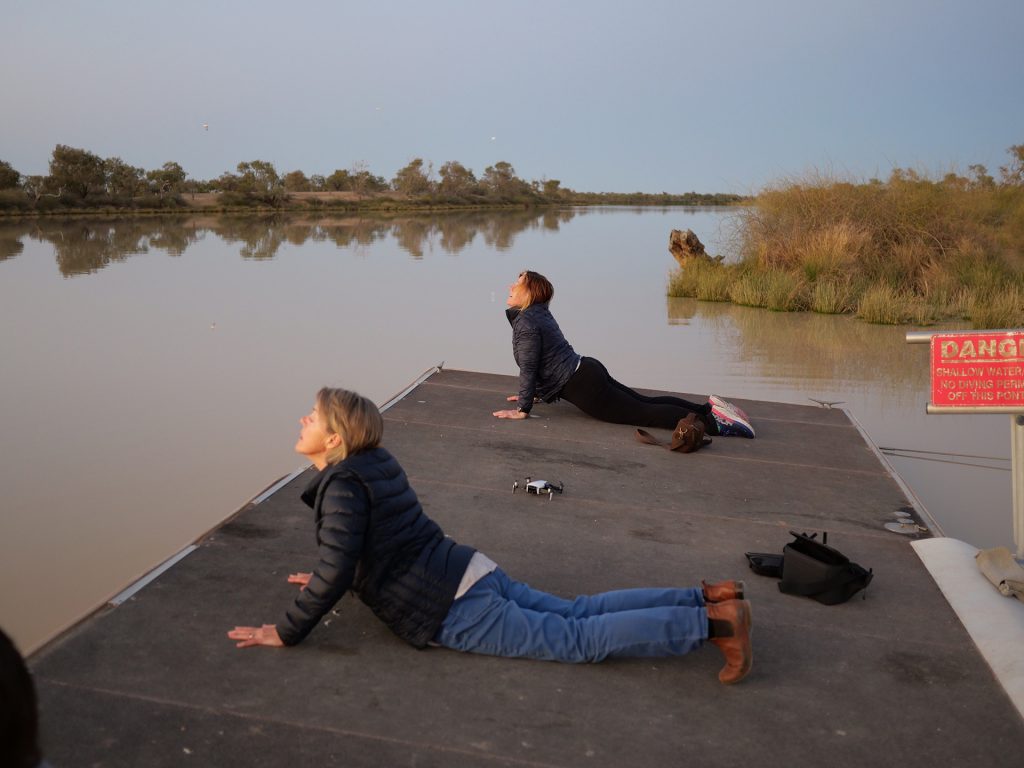 A salute to the Sun seemed like the least we could do.

This is the first time I've ever been up before dawn. 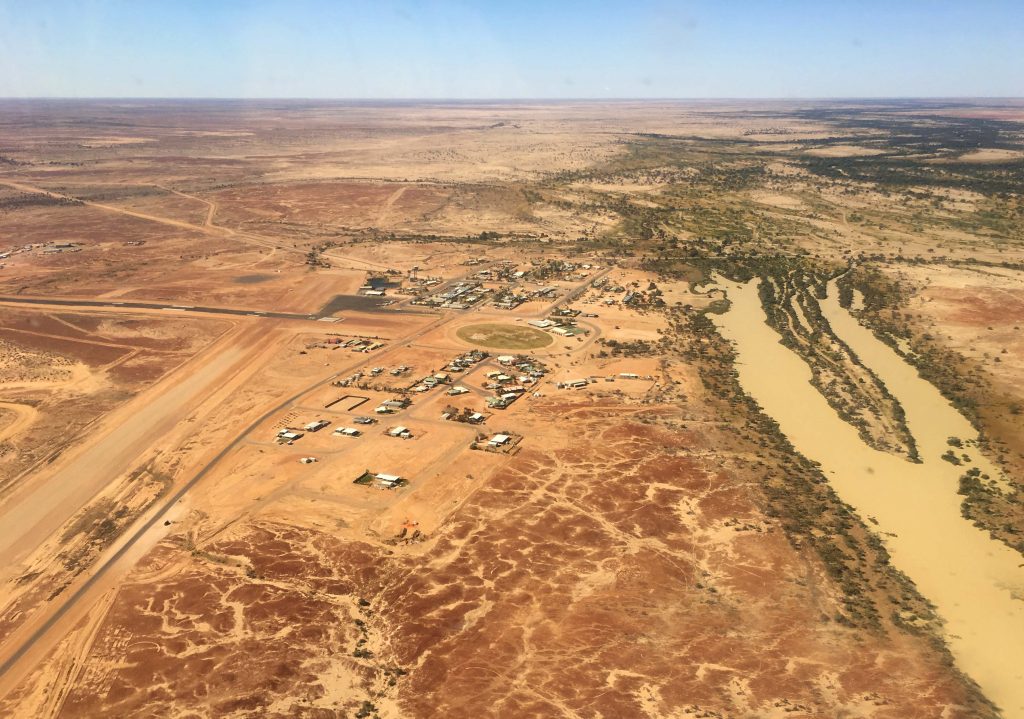 Birdsville was my very first destination when I got my pilots licence. I joined a group of pilots and instructors from Warnervale Air on the NSW Central Coast who were going up for the Birsdville Races. Despite coinciding with a horrendous dust storm, this turned out to be the funniest four days of my life, so when I came home I wrote a story about it. Just for fun, I posted it in to Australian Flying Magazine. Whatever that was. I'd never heard of it. Well, wasn't that a good idea. I sat in the Editor's chair for the next nine years and freelanced for them for another ten. I blame Birdsville!