I figured ten days was enough time to scrape the red dirt out of my boots from our WardAir Red Centre adventure in September. So it was time last week for Catherine Fitzsimons and I to head back up to our students in the little central NSW farming town of Coonabarabran, west of Tamworth. 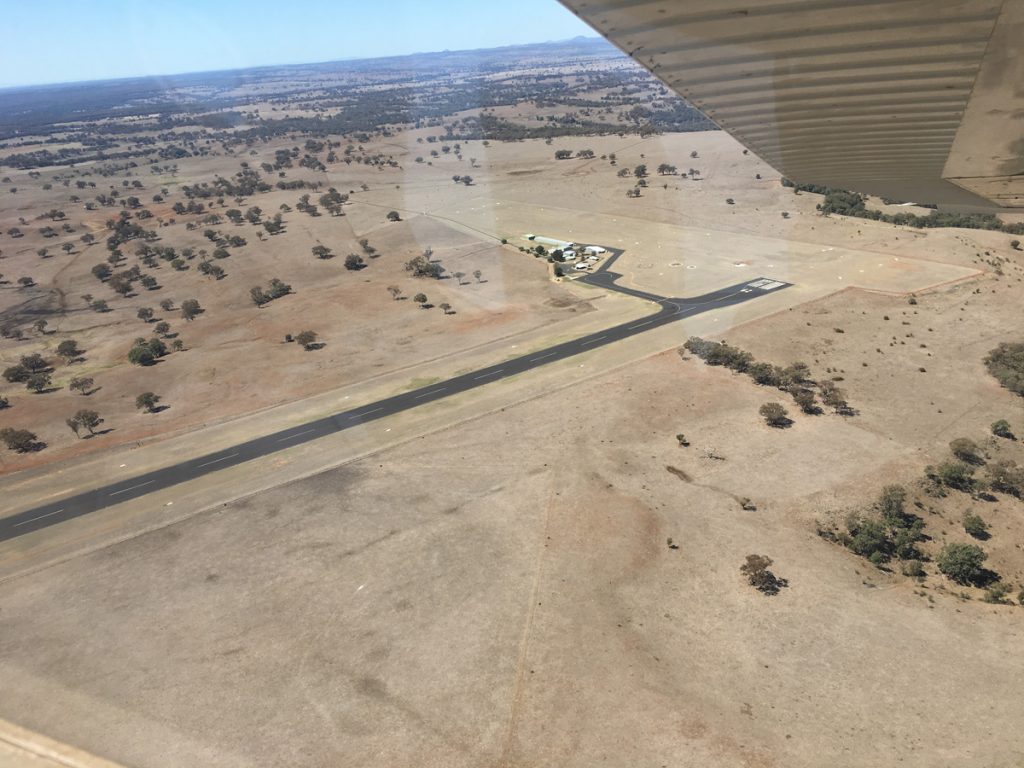 For the last year or so, we have been coming up here for a week every school holidays, plus one or two mid term weekends, offering flying training to members of the Coonabarabran Aero Club. As they're a small club, it seems they haven't had much luck in holding the interest of a regular instructor, so WardAir happily agreed to a BYO Flying School  arrangement!

They’re an enthusiastic mob up here, love their flying. And it seems the bush telegraph is alive and well too, as there's been a healthy growth in the number of students wanting bookings whenever we're here. We do a fair bit of diary juggling so their lessons fit their schedule, whether it's after school, before work, while the kids are asleep, whatever. 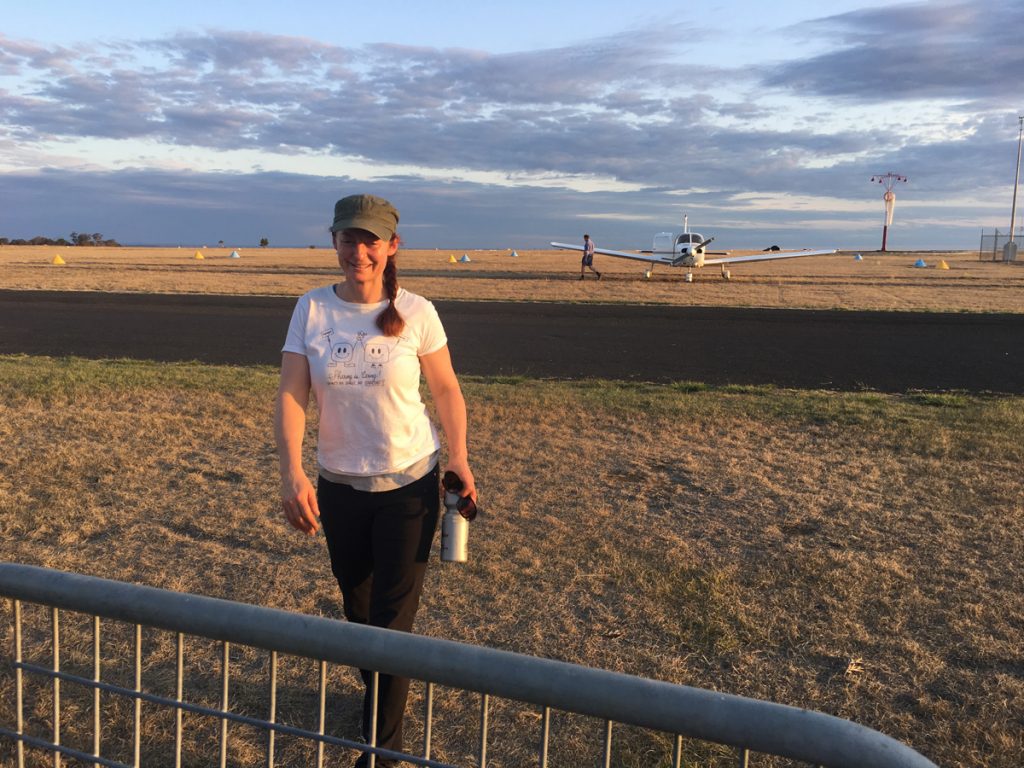 Meet Sherelle, our multi-talented school teacher. She did her second solo this week, then her third! Beautiful circuits, Sherelle!

It's a pretty simple recipe. Can't find an instructor? How about we come to you? Want a few days flying in a row? OK, we'll stay for a week. Thanks must go to the incredible hospitality of local farmers Ian & Noella Spicer, who look after us so beautifully every time we land on their doorstep. The club also has a wonderful skipper - President Jason spreads the word and wrangles people and aircraft before we get there to make sure there are no holdups.

So last week during the school holidays, our three school kids came every day! Max, George & Gus are nailing their training, all on the way to First Solo. OK, Max, you're not 15 til next March, but hang in there mate. We know you're ready! Safe to say, the boys have quietly dived in to the Cool Pool at school. 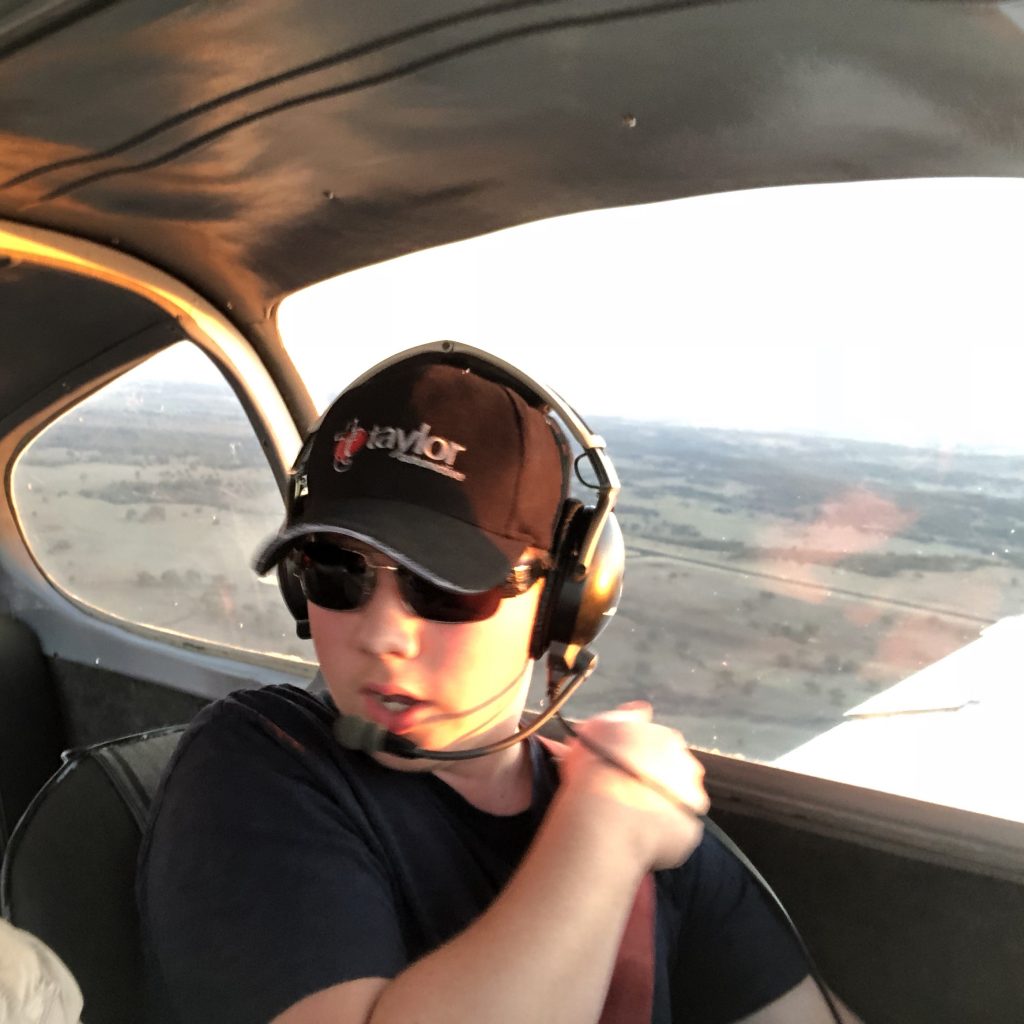 Max asks his instructor, Catherine, to just STOP TALKING while he does his downwind checks! Geez, don't mess with Max.

Anyway, they all kicked some goals last week. Including Tony who booked himself into a local motel for the week, came out to the airport every day, and Catherine coached him through a mountain of PPL theory subjects .... which he PASSED on his last afternoon with us! And still on the exam front, Gus and George studied their socks off and got through their two pre-solo exams with flying colours:  Radio Operators Licence and pre-solo air legislation. I've never seen such concentration. 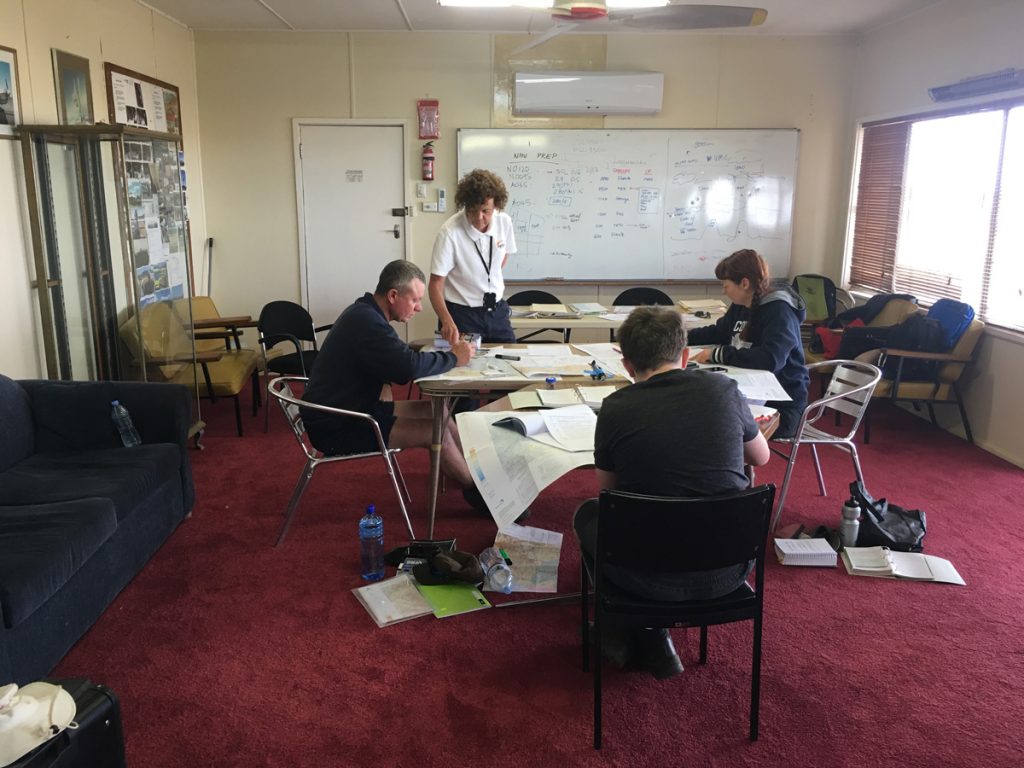 Mid-way through the week, we copped a day of vile winds, so Catherine set up Navigation school! 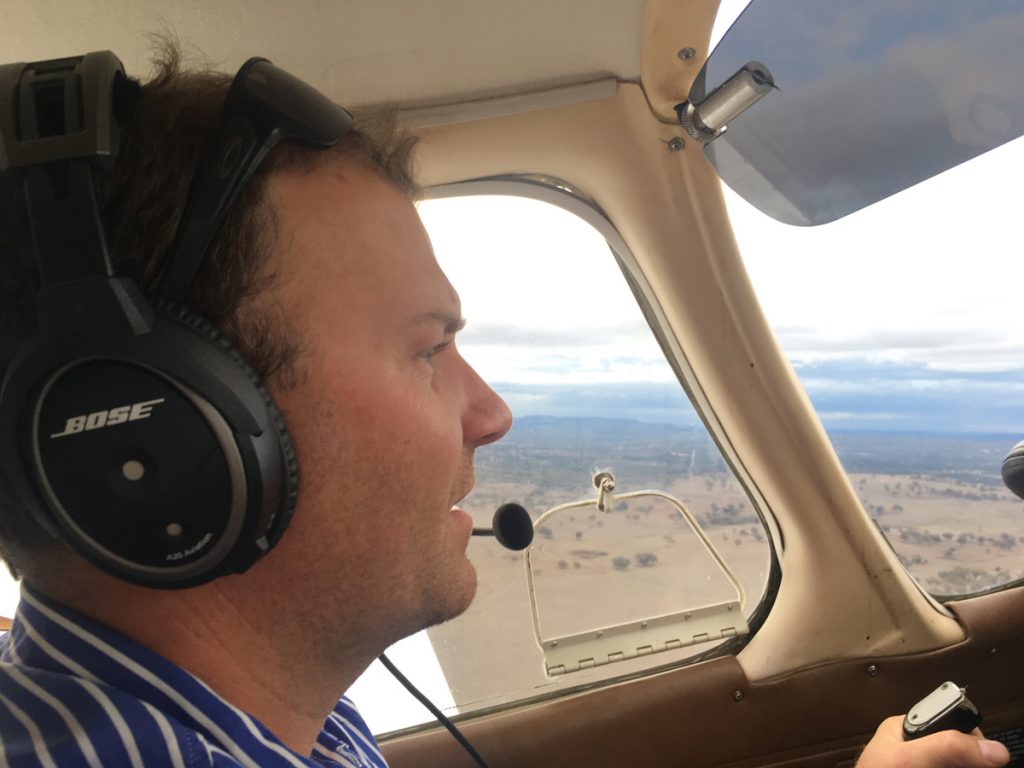 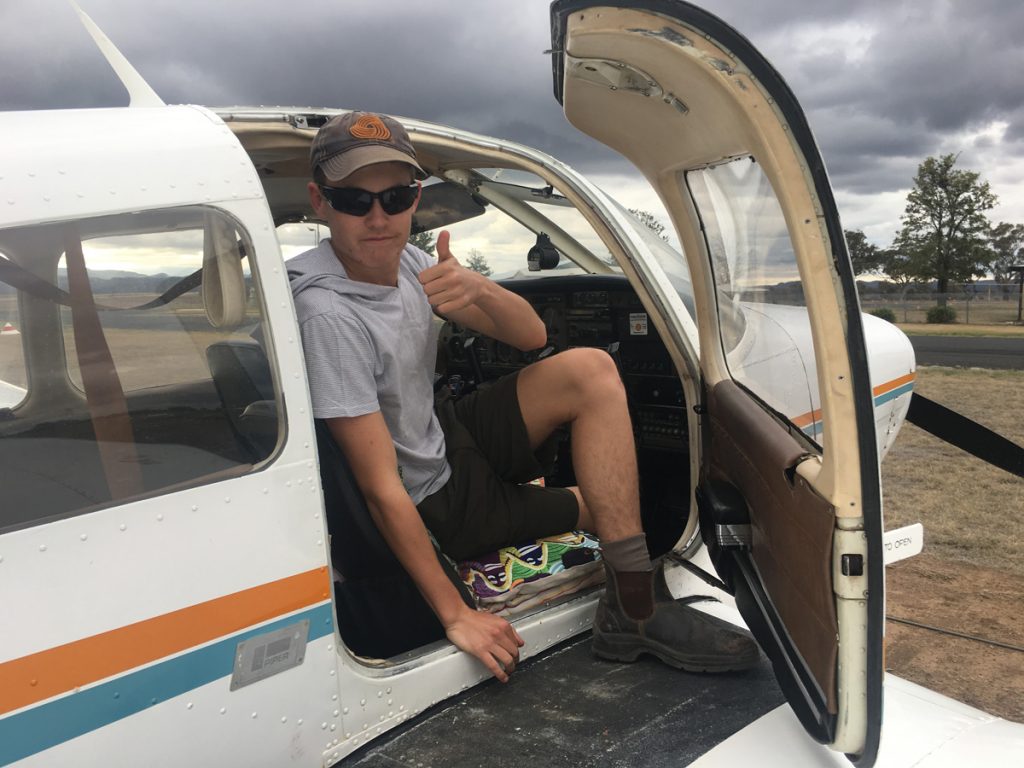 And that's the club aircraft, a reliable old Piper Warrior, which club members get to hire at a great rate. She gets a fair workout every day whether it's circuits, navs or airwork. Permanently hangared about twenty paces from the holding point, you can't complain about ground time around here. Traffic's not bad either. Two in the circuit is called peak hour. 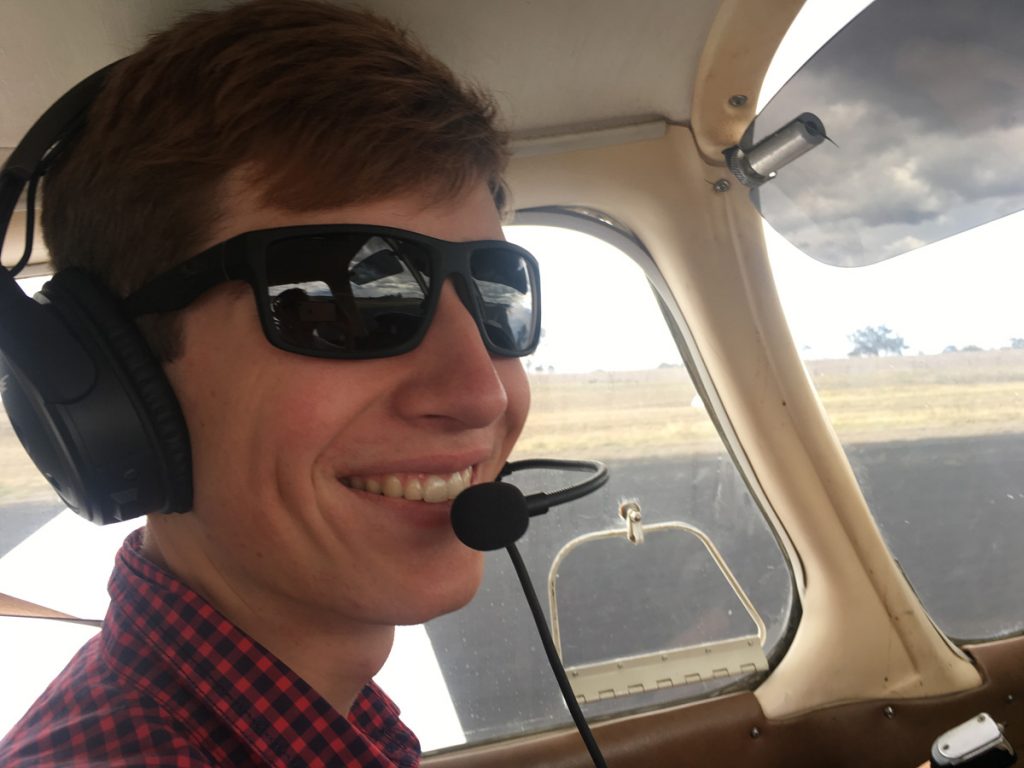 Gus wants to be a crop duster pilot .... "Can we fly lower, Shelley? Like, really low?" 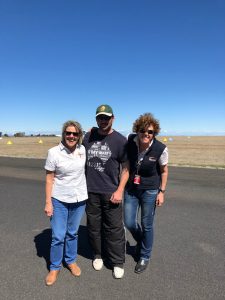 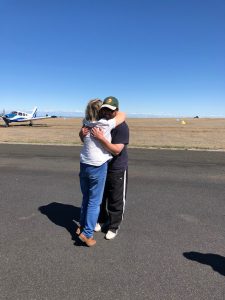 OK, so maybe I get a bit excited when a student goes first solo. Poor Brad - sorry mate. 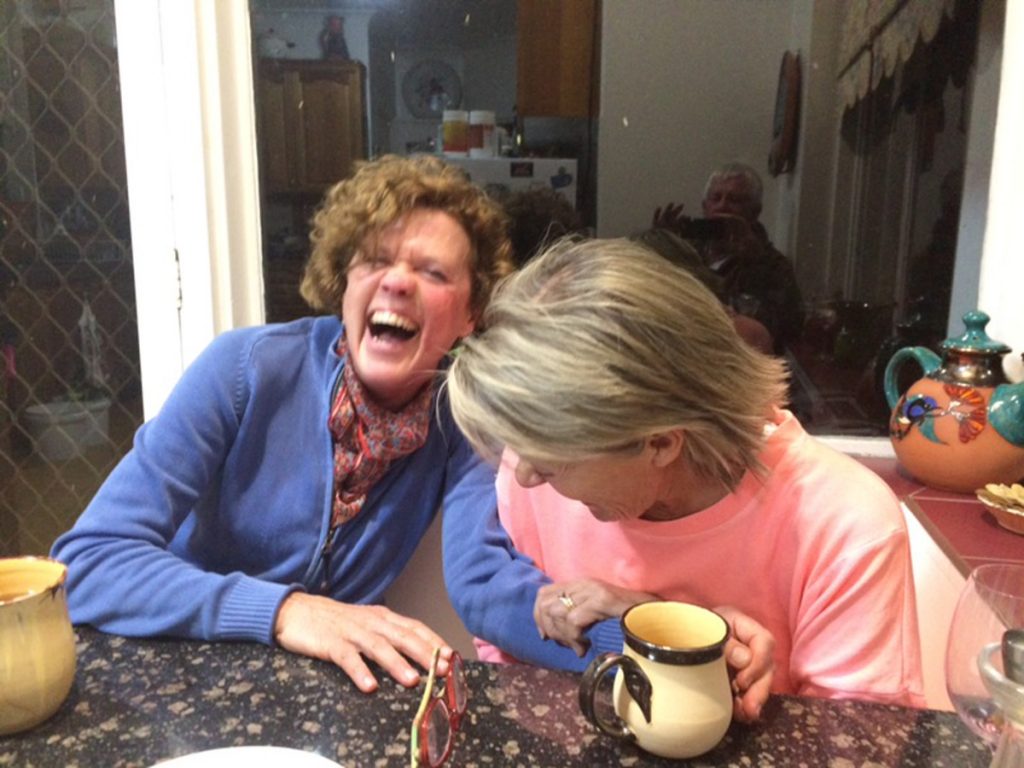 So maybe it's not all hard work ... gotta love down time on a flying job with a good mate.

I'd say Coona is slap bang in the middle of drought territory ... but they've got optimism nailed out here, and they tell us that every day it doesn't rain brings the wet stuff a day closer. It's an absolute delight to share time with these wonderful people.