As the info could be useful to lots of you, here’s an abbreviated version of a recent request I received, with my reply:
Hi Shelley
I’m an Aussie who has been living in the UK for a few years - I found your web site on Google - some fantastic shots!!  They look great.

We are in the midst of planning a flying trip at Christmas from Wangaratta in Victoria to Uluru and back.  There are five of us in two aircraft, a C172SP and a C182.  I wondered, given that you appear to have done plenty of flying in the outback if I might be able to get a few tips or ideas from you for the trip?

We are trying to cover most things and the primary concern of course is safety.  Thought you may have tips on what to plan, things to watch out for, what to take, any special conditions or problems we might encounter etc.  Four of us are pilots and the fifth is a keen amateur photographer and again I thought, given the quality of your photos you might have some ideas on how to improve our shots - one of the guys is already trying to convince us to remove the doors for the flight around the Rock! 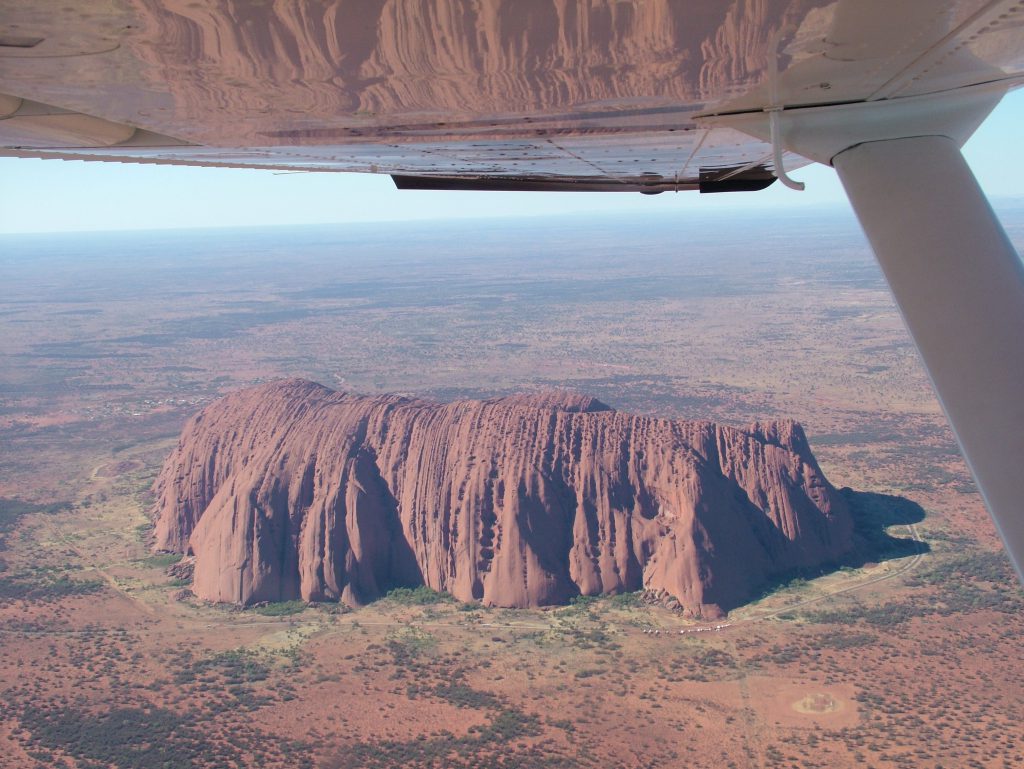 Flying the scenic at Ayers Rock

Shelley here.  OK, well your timing is great as I’ve just returned from a big air safari around the country, (another fantastic trip with Curtis Aviation of Camden, Sydney) and as many times as I’ve been, I still picked up plenty of tips and traps that all pilots need to consider when flying the outback.

I guess you know what my first major concern about your trip is - the TIMING.  December/January in the outback will be as hot as hell.  But given that you’ve no doubt considered that, here we go.  I’ll talk about safety first, then my suggestions on waypoints.

You’ll have to give loads of thought to your aircraft’s performance figures, particularly if you’re visiting airfields with any elevation and are fully loaded.  Just make sure the strip you’re using is long enough for the increased length of your take-off roll.  We took off from Cooinda (dirt strip up in the Kakadu) last week in 41 degree heat and we used up a lot of runway waiting for the ASI to reach 60 knots in the C182.  It’s a really good idea to try and limit your flying to the early morning in Summer for this very reason; it’s just far more comfortable all round for you and your pax.  Take plenty of spare oil & a funnel.  As a really general guide, we’ve found we need to add another litre of oil at least every ten hours of flying.  Take extra, in case. 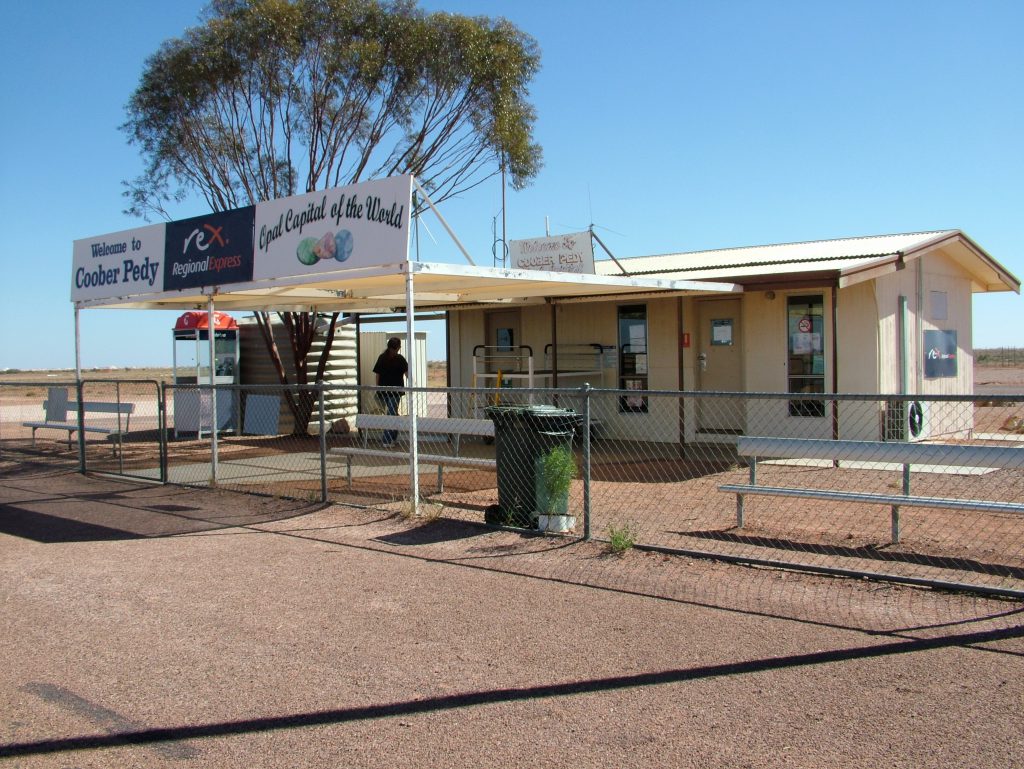 Fuel - imperative to personally phone the refueller at every one of your planned fuel stops (and some in between as well, in case of diversions) to make sure that a) the airfield is still open!, b) that they sell Avgas and that they have enough for both aircraft, and c) the form of payment they require.  Some only take cash or cheque, others take credit card, and the most convenient of them of course take a carnet card at the unattended bowser.  Arm yourself with a good selection of carnet cards: WorldFuel, Air BP and Aero Refuellers is the set that I take away.

Along your vague track, reliable sources of fuel are Mildura, Broken Hill, Port Augusta, William Creek (with a phone-call), Coober Pedy, Leigh Creek, Ayers Rock (ASIC card required at some of these). Call Ayers Rock airport ahead of time and ask them about their $50 landing fee per aircraft. I think that it is waived if you're just calling in for fuel and taking off again.

If you want to save some dollars and spend some time with some residents of our red centre instead of with squads of tourists, then grab a night at Curtin Springs cattle station instead of an overpriced jail cell at Ayers Rock itself. (See my archived story on Curtin Springs on this site.)  It’s about a ten minute fly from the Rock (just south-east, down the Lassiter Highway) and definitely my preference. Make sure you do the scenic pattern of Uluru and the Olgas at either sunrise or sunset when the old girl is at her stunning best - colours like you wouldn’t believe.  Get the Darwin/Alice Springs VTC for the procedure.

Drum fuel only at this tiny outpost.

Still on fuel - very carefully plan your fuel stops around conservative endurance figures. We copped a massive head-wind on our first day out on this latest trip and of course were grateful we weren’t needing to be counting the litres remaining before reaching our fuel stop. 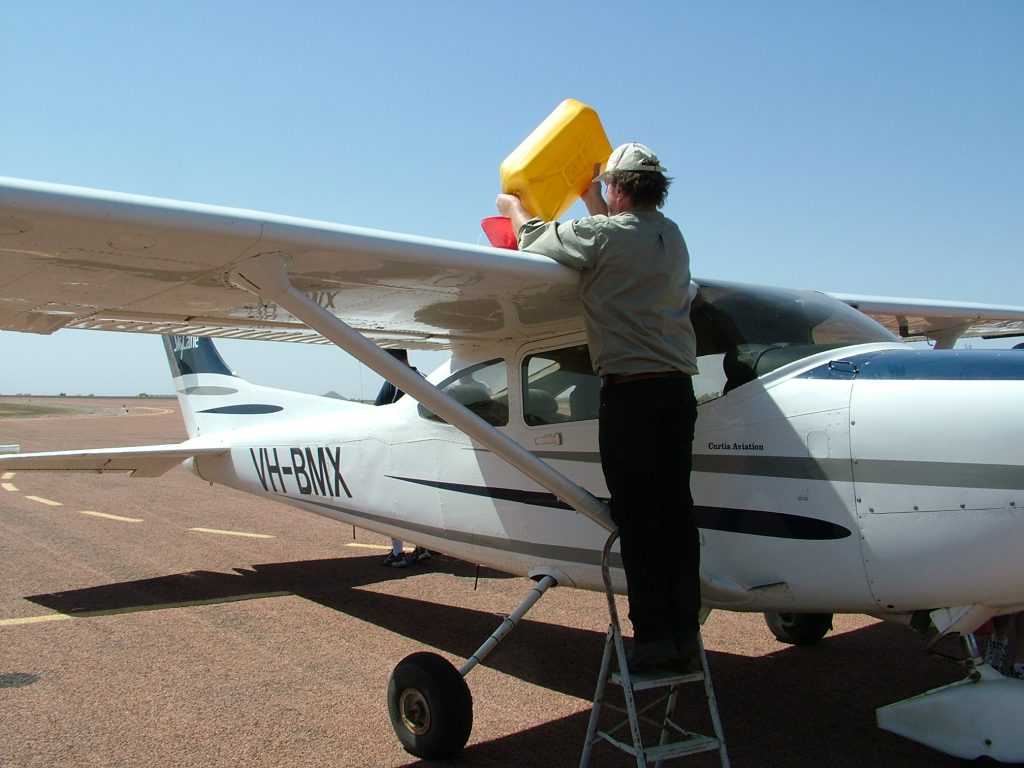 Twenty litres hard won in the outback - this fuel hand pumped from the underground tank. 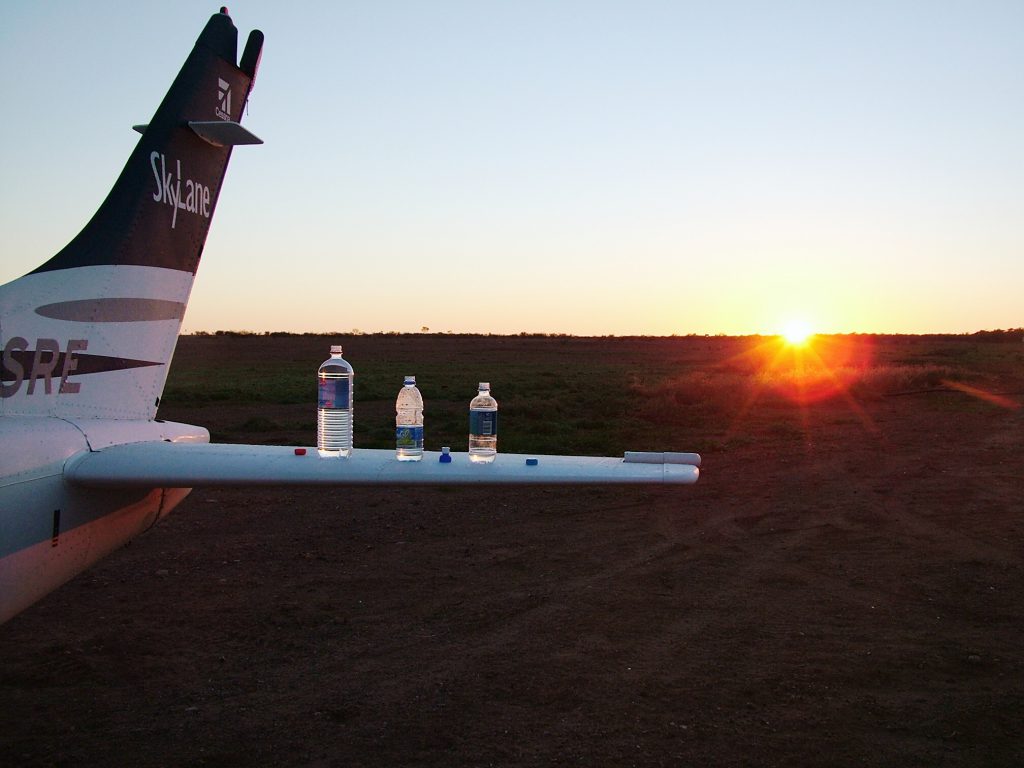 Take plenty of WATER!!! Dehydration out here is no joke.

Mobile phone:  Telstra has the best coverage, by far, in the outback. Great for getting weather online if a laptop not handy. Nominate a SAR time every time you fly.  Ensure you listen out on each CTAF as you overfly.  I obviously don’t have to tell you how important it is to have the current ERSA, WAC and ERC charts. Take tie-down kits.

Along that track you’ve nominated, from Wangaratta to Uluru, my tips are:

Echuca and up the Murray, Wilpena Pound (sensational scenery), Parachilna (use Leigh Creek Airstrip), Rawnsley Park, Lake Eyre, William Creek, Coober Pedy, and on your way back on the last night: Mildura (bugger the bank balance, have a night at the Grand and eat at Stefano’s).

John, I’ve only scratched the surface here - let’s know more specifics and we’ll go from there.