This one's a dream in the making - we're talkin' a MAJOR Bucket List tick-off here. 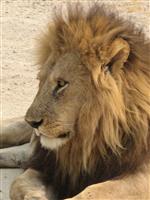 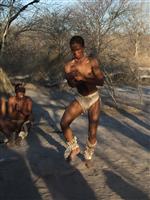 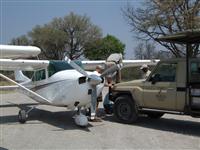 At this stage, there are eight of us in our group - six of us Aussies and two Kiwi friends of ours. We'll all fly commercially to Cape Town, spend three or four days doing our South African licence validation there (while the partners go sightseeing), Air Law exams, training for local conditions, check flights etc, then all transfer to Johannesburg where we'll hire three planes - I'll fly Peter and I in a C172 or Piper, our Sydney friends in another C172 or at this stage maybe even a Cirrus, and the final four in a C182, as there's only one pilot in that lot.

If you're wondering why we don't load up two C182's, it's a matter of density height over there - hot and high ops pretty much all the way around means you can't overload each aircraft. 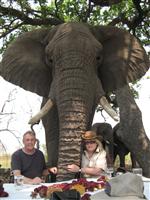 It has taken an enormous amount of research to put this trip together and we've enlisted the help of expert local operator, African Air Safaris, to formulate the itinerary for us.

We just gave Dave, the AAS chief, our wish list of destinations, a time frame, a vague budget and our flying experience and asked him (and three other companies) to quote. When we got AAS on the short-list, we then sought past customer feedback and they came up very well. 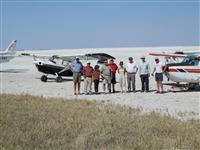 Happy African Aero safari customers from Canada on a past safari 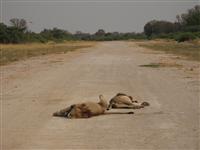 You might want to buzz the airstrip before landing

Red tape at border crossings is a national pastime in itself, so Dave has agreed to join us on the tour in his own Husky, using the negotiating (and bribing) skills of 23 years in the business to speed things up and hopefully save us donating sizeable amounts of our ready cash to the border authority's drinking fund. 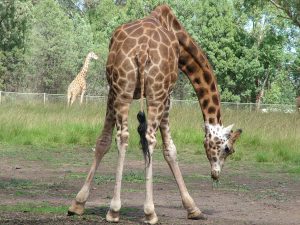 A highlight of the trip for me will be catching up with my friend, aviator extraordinaire and SA resident Jim Davis, who’s been waxing lyrical about the wild beauty of his country for so long, I need to go over just to shut him up.

I'll keep you posted on my blog as the itinerary firms up and we get closer to actual flight planning. Apparently I'll also be able to tweet daily updates to this site whilst on safari. That's flash. This whole new technology thing is so doing my head in.

POSTSCRIPT:  We're baaaaaack !!  Read all about our African adventures here.