Not all that comfortable with a long flight over unfamiliar territory? Jim Davis, founder of the Live Cowards’ Club, has some tips that should turn this scary thought into a fun, safe and easy thing to do. 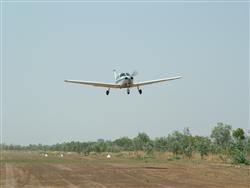 Had the God who looks after little children and low-hour pilots swotted me from the air like a fly she would have been quite justified. But at that time although my experience basket was empty, my luck basket was brimming.

That same God is not always so benign. She can be moody and peevish and may develop a twitch in her swatting hand. So here are some pointers to help you to avoid her occasional bitchy swipes.Imagine you have set off for the horizon. The last place you recognised was a railway line you crossed about mid-afternoon. The ETA for your night-stop has come and gone. The sparse countryside refuses to tally with the map. It is strewn with rocks that cast long shadows in the evening light. The fuel gauges are close to zero. Your passengers are becoming infected by your sweat - they too can read gauges.

It’s decision time. Will you tear the aircraft apart on the rocks below, while you can still see them? Or will you do nothing and fly into the night until the tanks are as dry as your mouth? Okay, you don’t have to get into this situation. It only happens to those who don’t understand what ifs and back doors. It’s about planning, asking what if? and then planning a back door.It starts days before take-off. What if I have strong headwinds – will I run out of daylight or fuel? Where is my back door? Can I use that farm strip on the map? Do they have fuel there? Can I carry more fuel in the tanks? Does it depend on the weight of my pax and luggage? What if they turn up with too much clobber? Back door - call them now and tell them the max they can bring. What if there’s a massive wind across that narrow dirt runway? Can I land somewhere else that has two runways and won’t be muddy or covered in game? What if this alternate has no fuel? What if? What if?What if I can take extra weight? Chuck another can of water or a bag of oranges in the back with the rest of the survival kit. Oranges can be a life-saving back-door in the desert.

There are thousands of what ifs, but they mostly fall into three categories: fuel, airfields and navigation. Let’s have a look at them.If fuel were unlimited then most of your problems would disappear. Dodgy airfields could be overflown, crappy weather avoided, and nav would be no sweat – you just keep flying until you find yourself.But that isn’t the case. Fuel is always limited and the less you have the greater the other problems become. So let’s have a hard look at the fuel story. 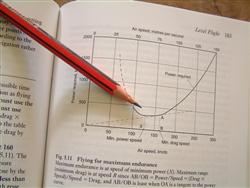 Dig in the POH and find the range and endurance figures 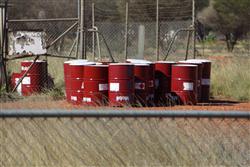 First, be sure you understand your fuel system. If you are flying a Cherokee it makes sense to run one tank for half an hour, then the other for an hour, and back to the first for an hour, and so on. If you get 2hrs 40mins out of the left, then the right will give you pretty much the same - allowing a bit for the climb. Try this on a 100 series Cessna and you will be dry long before you expect it. The tanks are joined by a vent pipe which is not meant to cross-feed – but does. So if you fill up in the evening and park with one wing down, or even with a soft tyre, by the next morning an hour’s fuel can have cross-fed, overflowed and disappeared into the grass. It also happens in the air, particularly if the ball is not bang in the middle. 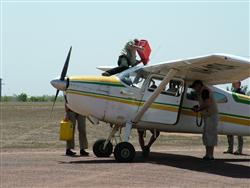 No pump? No drum? Welcome to the outback 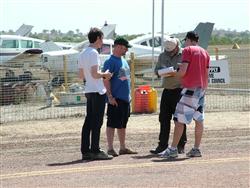 Remote NEVER means cheap; brace yourself for the fuel bill

Some fuel-injected aircraft have systems that deliver too much fuel to the engine and return the surplus to one of the tanks. This means that you can be flying on the right main and pumping fuel into the left main which quietly overflows into the slipstream.If you don’t understand your Tripacer’s fuel system you can run out of gas while there is still an hour in the auxiliary - you just can’t get at it! What happens if a bug makes a nest in one of your fuel vents? Maybe nothing. Perhaps the engine will stop while you still have plenty of fuel. Perhaps a bladder-tank will collapse and scrunch itself into a little prunelike ball. Then you will run dry on the next leg because your 25 gallon tank now holds only 7 gallons when it’s full to the brim. Don’t just think you understand your fuel system – it is something you need to be very, very sure about. 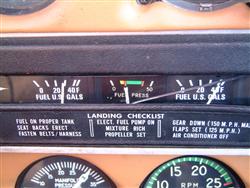 Monitor your fuel gauges, but keep track of time 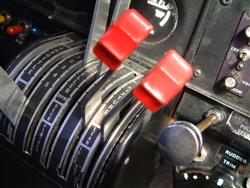 How about running a tank dry? It is both a good idea and bad one. I would do it if I thought I would be landing with very little fuel. I don’t want to be in the circuit with all the gauges knocking zero, and not knowing which tank holds the last few litres. Run dodgy tanks dry while you have altitude. Then you know that all the fuel on board is in the tank you are using near the ground. One of the reasons for not running a tank dry is that with some engines you can ‘de-tune’ the counterweights on the crankshaft by having sudden surges of power and no power. There is also the chance of getting air into the fuel system. It should clear after a while - but it makes you squirm. The POH for the Arrow, for instance, says it takes ten seconds to restore power after running a tank dry. Maybe it does but it seems like ten minutes. The danger is that you get fed up waiting and switch back to an empty tank.

If you are going to run a tank dry, first tell your passengers. Then put on the pump and watch the fuel-pressure or fuel-flow gauge like a hawk. At the first flicker, throttle back, change tanks then only open the throttle when the pressure or flow has steadied again.

Running a tank dry is a back-door procedure. Only use it as a last resort.

Finally, because proper fuel management is so important to bush flying, dig into the books and understand the leaning procedures and fuel-flow figures for your aircraft. Also revise range and endurance flying - both can be excellent back-doors.

Next, we'll talk about Airfields.